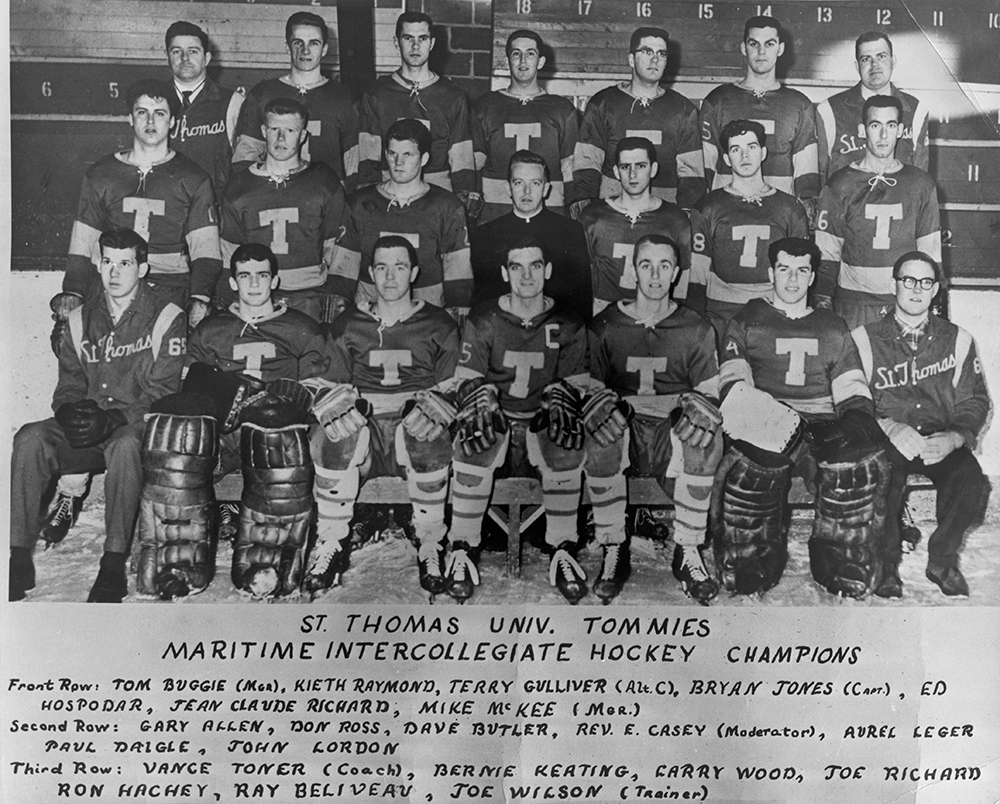 It’s a story that’s been told for 50 years. It’s a legend on the Miramichi – the year the Tommies won the Maritime Championship – a triumph that would not be repeated for 40 years. Coached by the legendary Vance Toner and captained by “Johnny-on-the-spot” Jones, the team entered the championship series against St. FX. The Tommies won the first game at home by a score of 6-1. Although St. FX would go on to win the second game by a score of 9-7, they failed to get the lead they needed to win the crown. The Tommies had won their first Maritime Championship! They returned home by train and were greeted by more than 500 fans. A three-mile motorcade took them from Newcastle to Chatham where they were paraded through the town. These hockey kings shared something great that would bond them to each other forever – a moment in time they will never forget. Nor should they. Nor should we.