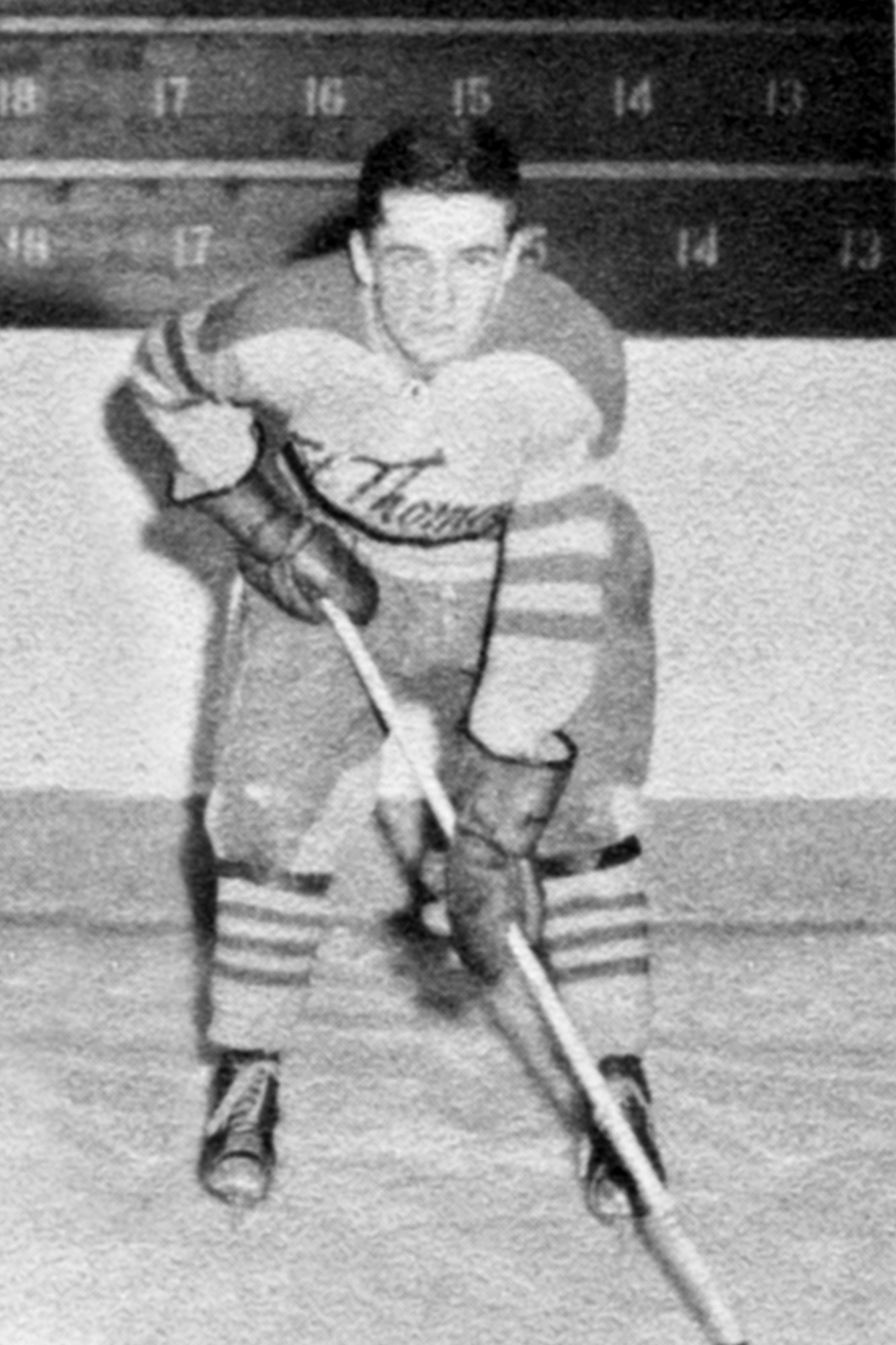 A key member of the Tommies’ 1960-61 Maritime Intercollegiate hockey championship team, Bernie Keating joined the induction class of 2013. This speedy forward was a left winger on the Tommies’ top line during his second season. Along with teammates like Ed Hospodar, Bryan Jones, and Larry Wood, Bernie was an offensive force, compiling 21 points in the first six games of his sophomore year.

In his third year, Bernie played a consistent and effective offensive and defensive role for the Tommies as he helped propel them to the Maritime championship. He had great hands and a strong understanding of the game, which earned him a spot on the Moncton Beavers junior team in 1961. That year, he helped them earn a berth in the Memorial Cup.

Bernie grew up in Miramichi, attended St. Thomas High School, and also played on the football team during his time at STU.