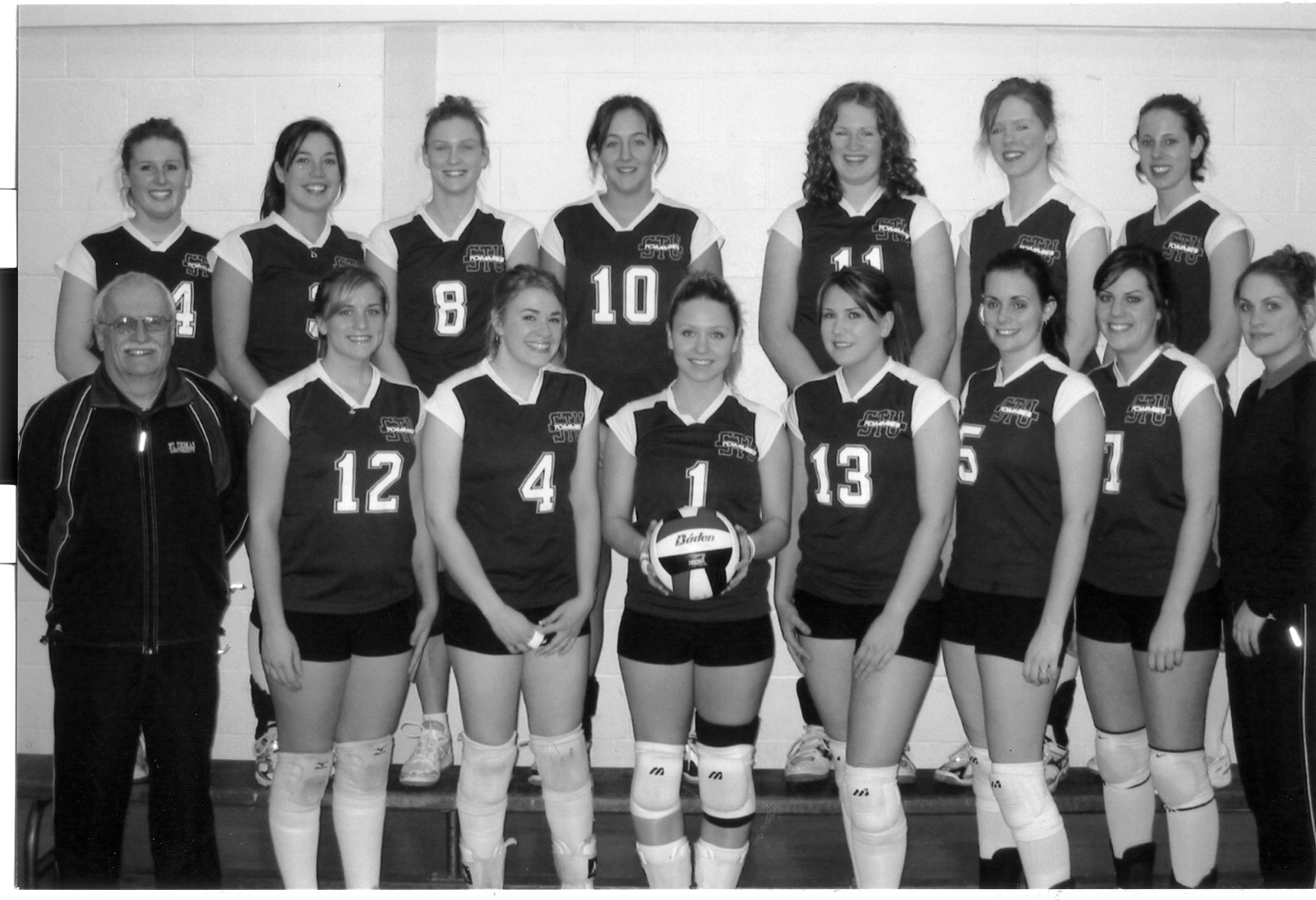 The tremendous run the St. Thomas women’s volleyball program put together between 2000 and 2007 is an amazing feat. The team won six Atlantic Collegiate Athletic Association (ACAA) championships during that stretch under the guidance of Coach Ed Welch.

The first two ACAA titles capped off two seasons with a record of 22 – 2 and both were earned with victories over Université Sainte-Anne. From December 2001 until the ACAA championship match in 2007 against Mount Allison, the Tommies put together an incredible 138-straight victories. Along the way, they defeated Sainte-Anne again for the 2003 title, Mount Allison for the 2004 and 2005 titles, and Mount Saint Vincent for the 2006 title.