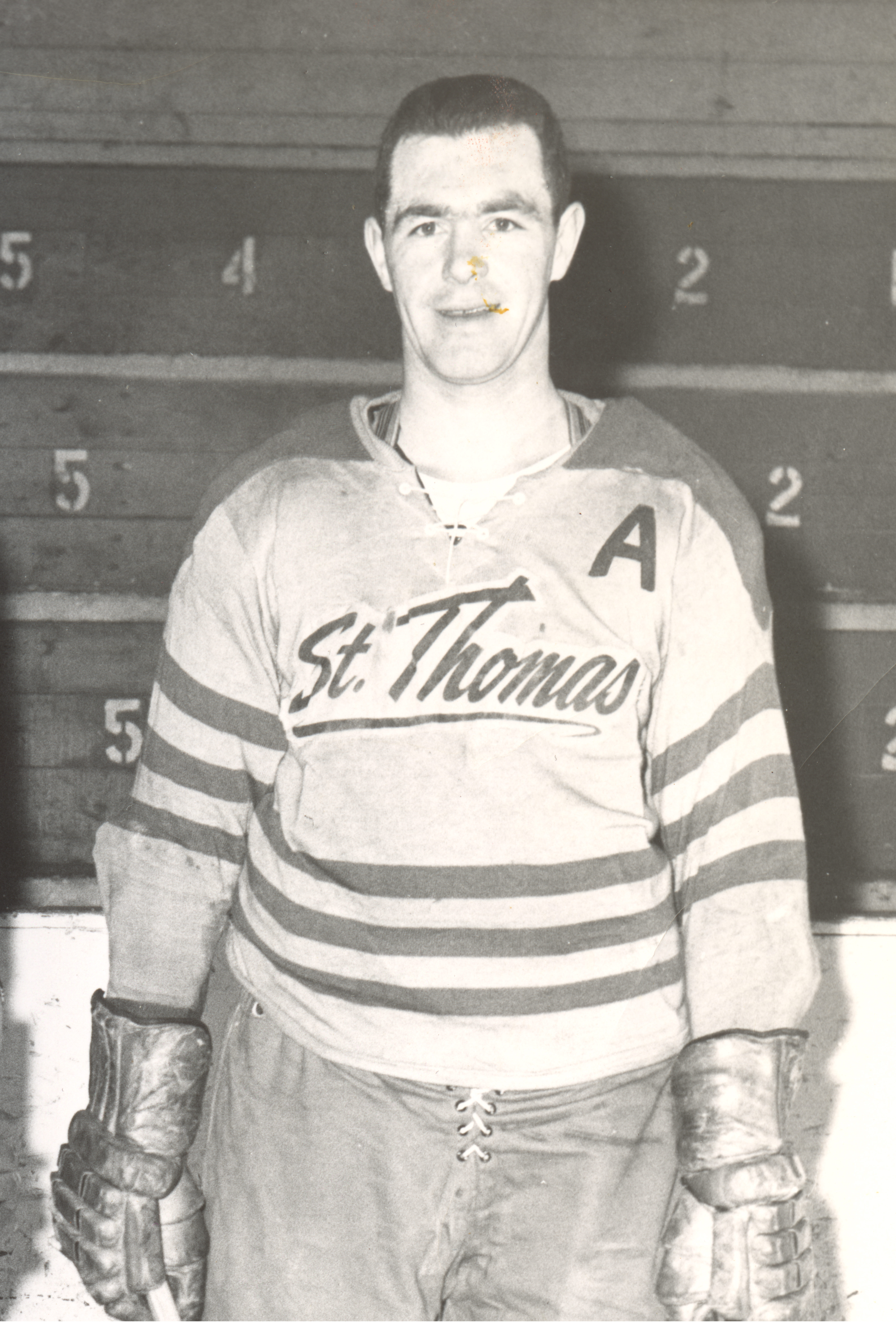 Another of STU’s best all-round athletes, Terry Gulliver excelled in hockey and football, first as a high school student and then at the university level. As a hockey player, Gulliver was among the top scorers in the league. In 1959, he and his line mates, Mike Regan and Bryan Jones, led the team in scoring. In 1960-1961, he was assistant captain as the Tommies won their first Maritime Intercollegiate Championship. On the football field, Gulliver was a star halfback during his first four years on the university team. He was a talented broken-field runner with keen instincts to find the open spaces and was later quarterback in his final year. He won two athlete of the year awards in 1955 and 1961; two most valuable player awards for hockey in 1955 and 1957; and a most valuable player award for football in 1958.