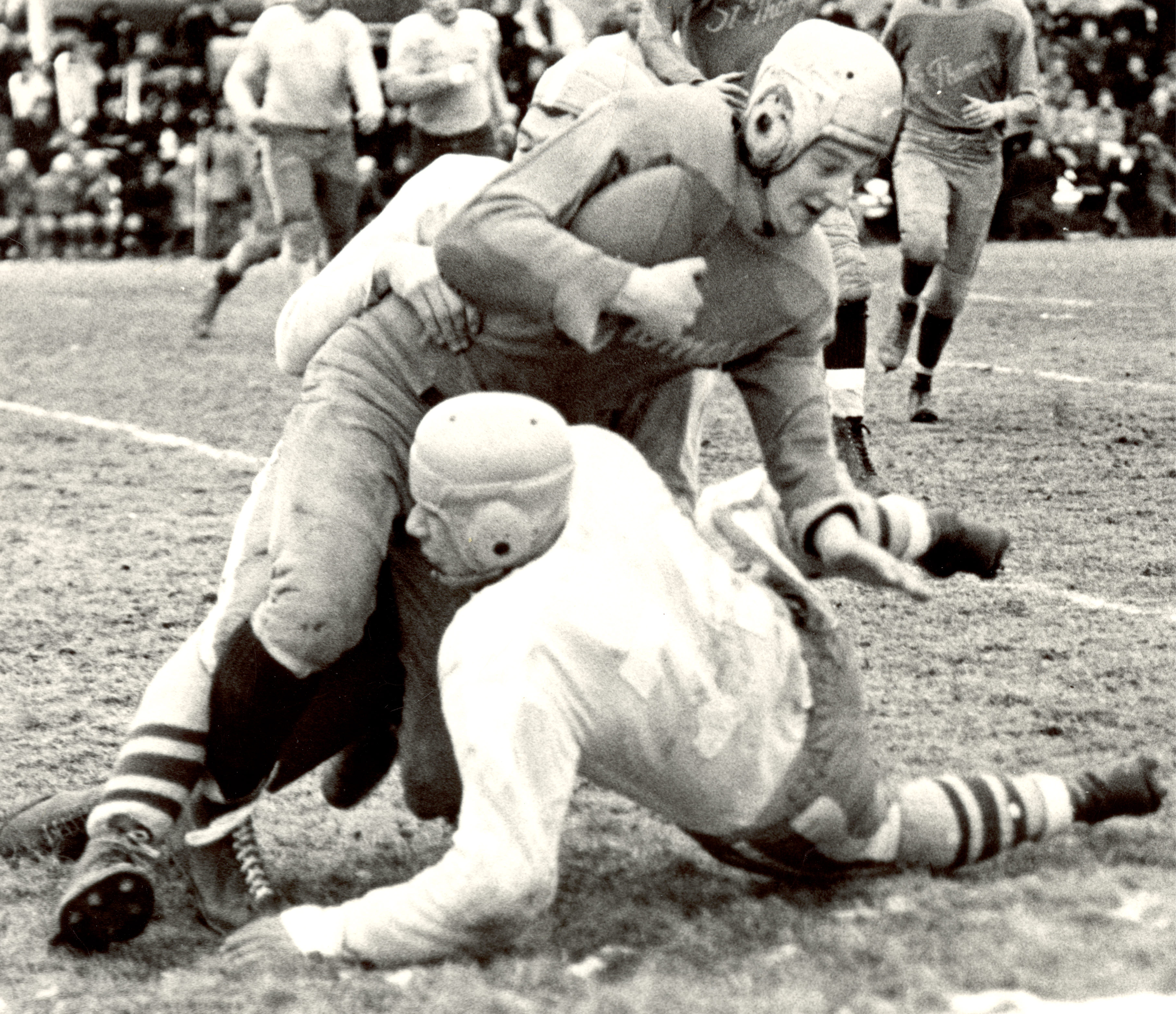 When many alumni remember St. Thomas football they often think of Jack Boyle.

Although he was a skilled hockey player, and was co-captain in 1956, Jack is most remembered for his skills on the football field. Playing as a left end, he lead the league in scoring and in 1954 was recognized as the most valuable player by the New Brunswick Canadian Rugby Football Union and was named MVP of the all-star team.

That year, the Tommies had seven all-star positions out of 12, making them the most dominant on the all-star squad.