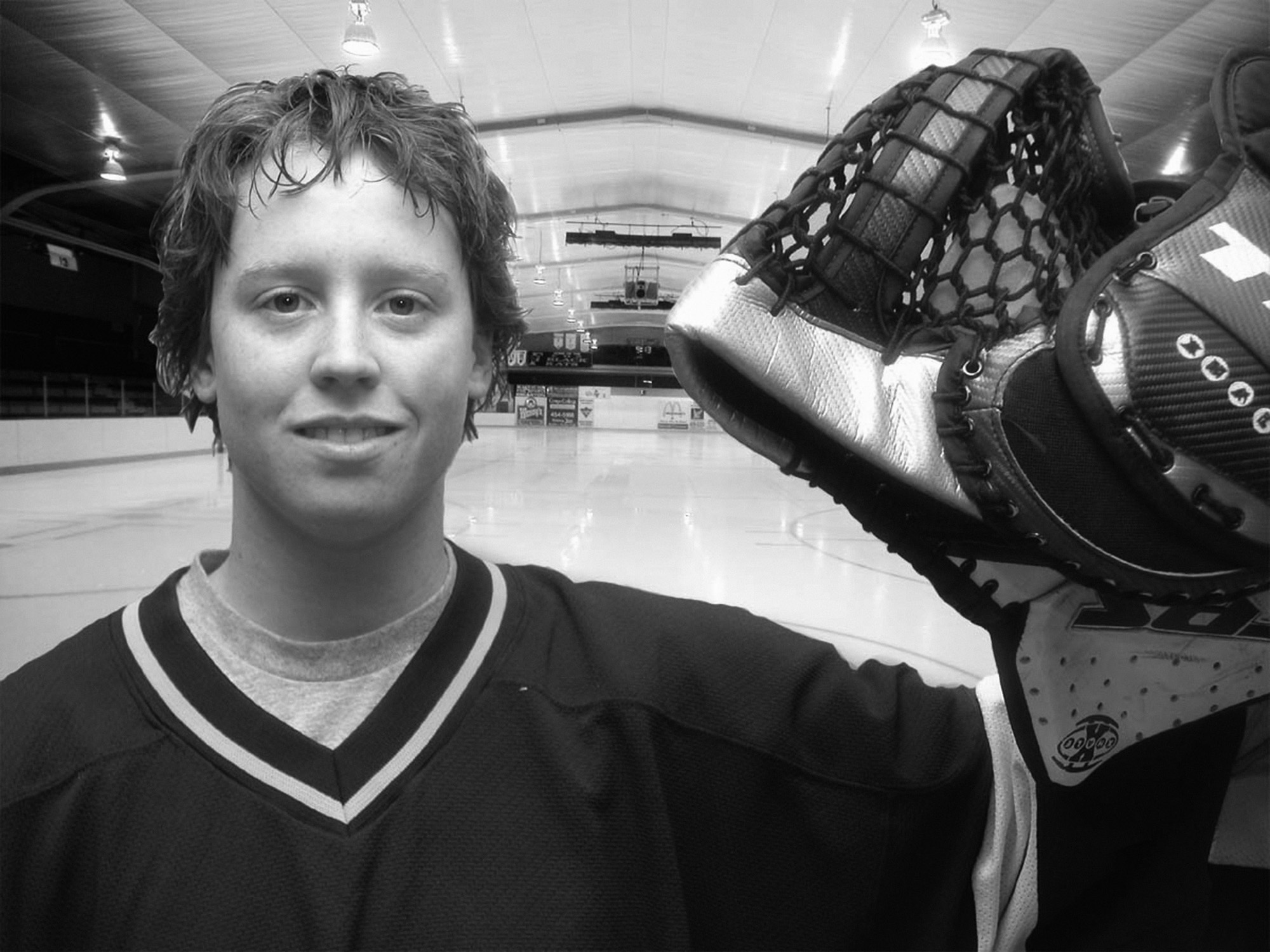 The first women’s hockey player to be inducted to the Wall of Fame, Emily Hobbs played four outstanding seasons in goal for the Tommies between 2003 and 2007.

Emily had a lock on the team’s most valuable player honours, earning it each of her four seasons. She was named an Atlantic University Sport (AUS) 1st-team all-star in three seasons and a 2nd-team AUS all-star once. In 2006, she was St. Thomas’ female athlete of the year and was named a CIS 2nd team all-star. She faced a lot of shots and was the difference in many wins for her team, boasting a career 0.916 save percentage and a 2.86 goals against average in regular season play.

Emily has achieved much on the ice, but she also left a lasting legacy for the women’s hockey program with her work in the community that current players strive to uphold.