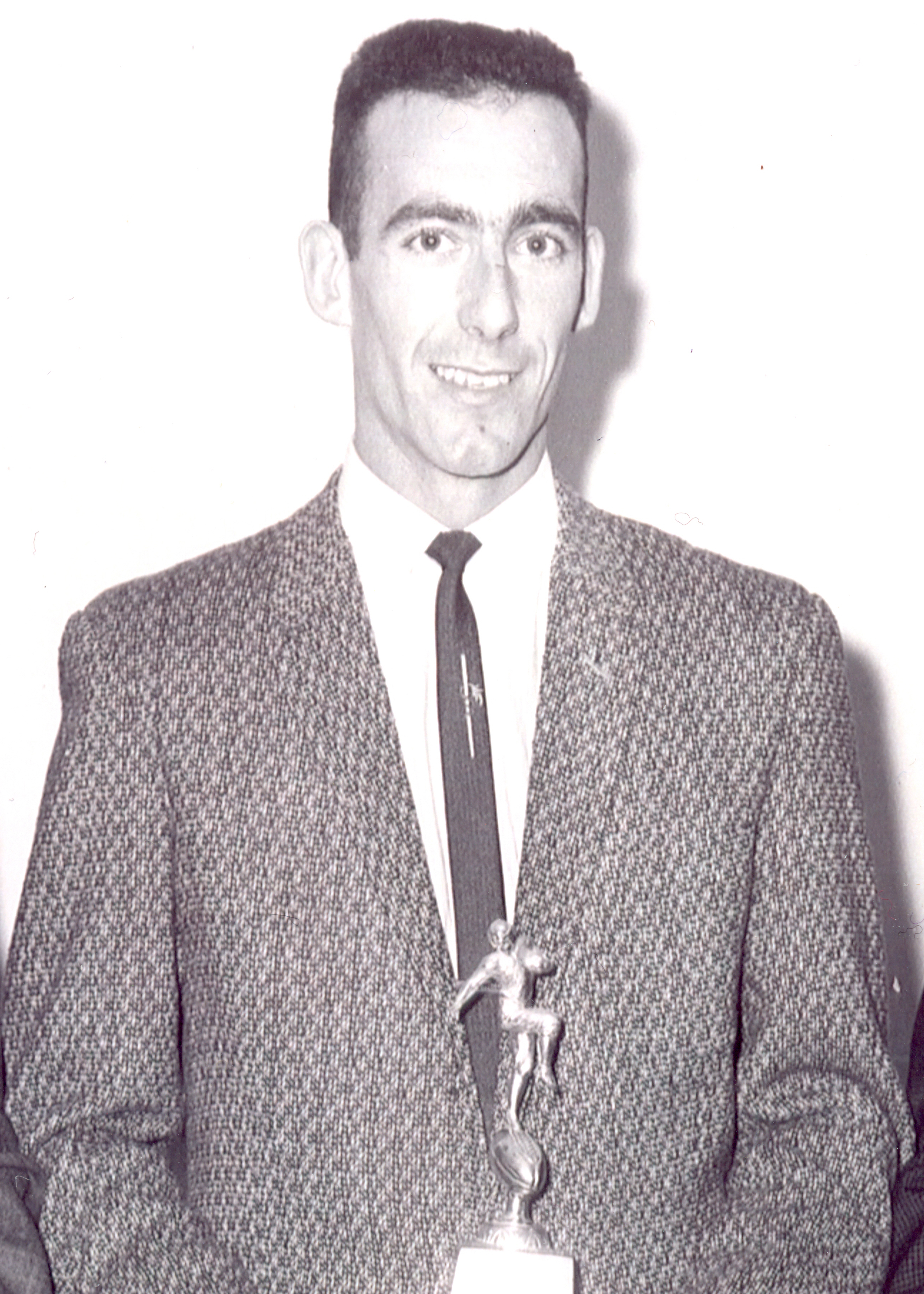 It’s no accident that John Lordon’s four years at St. Thomas University coincided with the most successful football and hockey programs in the school’s history.  Lordon played a pivotal role on both teams and was inducted into the first class of the STU Sports Wall of Fame as a member of the 1960-61 hockey team and later as an individual athlete.

A high scorer on the ice, John is also remembered as one of the best football players St. Thomas has ever seen.  A versatile player, he played quarterback, halfback, linebacker and defensive back.  He was a strong passer, a fast and elusive ball-carrier, a better-than average kicker and a solid defensive player.  For his achievement on the football field, he was named team MVP in 1961.