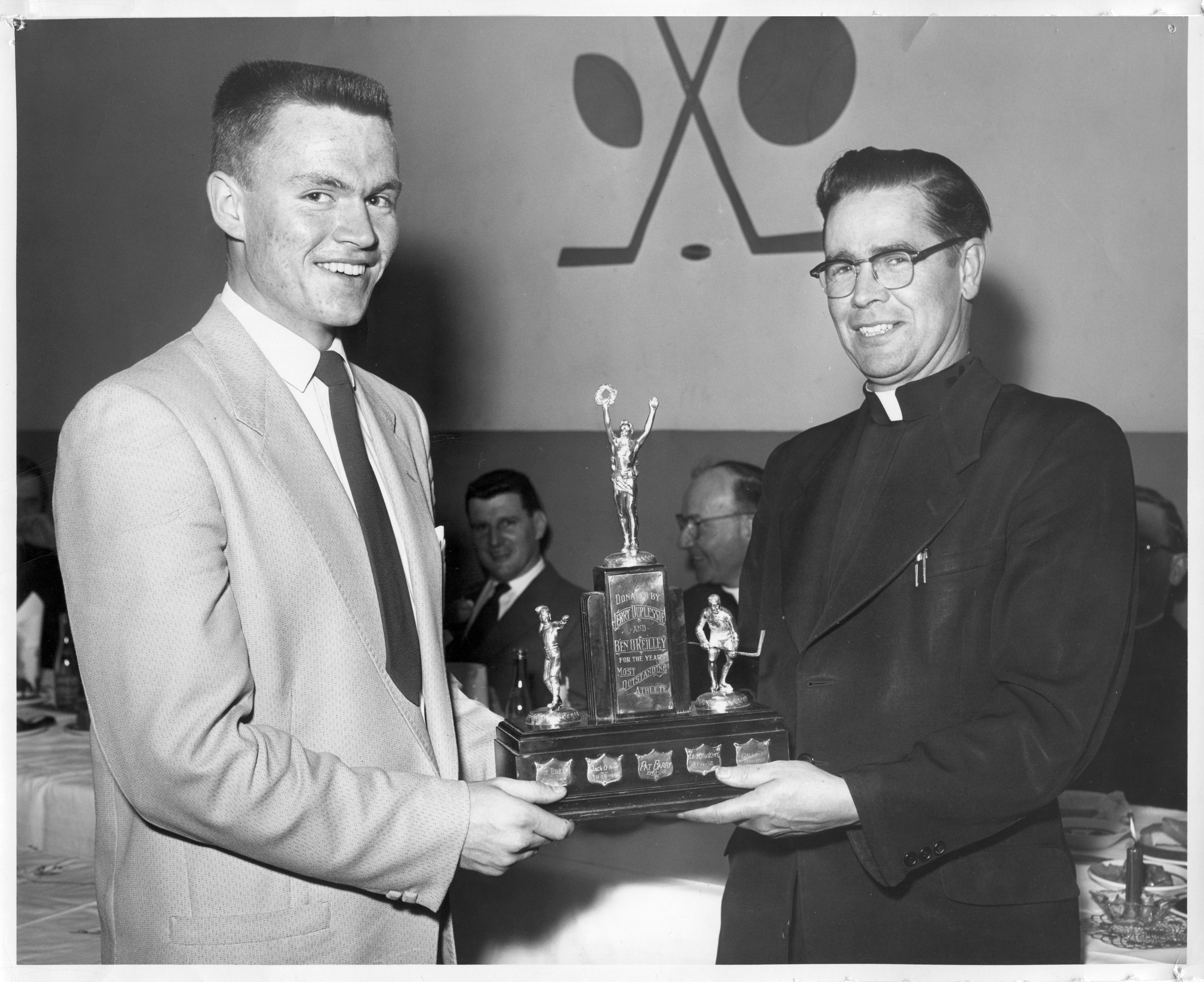 Peter McKee, from Bouctouche, NB, was perhaps best known as a world-famous “Fly­ing Father,” but he got his start as a hockey and football star at St. Thomas in Chatham earning him athlete of the year honours on more than one occasion. Although he gave everything he had on the football field, always able to get those last four or five yards when STU needed them, his true sport was hockey. After his freshman year at STU, he was offered a tryout with St. Michael’s College whose Ontario Hockey League (OHL) junior team turned out dozens of NHL players. His teammates included future Hall of Famers Frank Mahovlich and Dick Duff. They would go on to the NHL, but Peter answered a different call. Citing former athletic director Vance Toner as “a great influ­ence” in his life and career, McKee said, “When he told me I should consider it [the priesthood], it was all the affirmation and approval I needed.” He returned to STU, graduated in 1957 and entered the Seminary. Hockey, God and Vance would remain constants throughout his life.