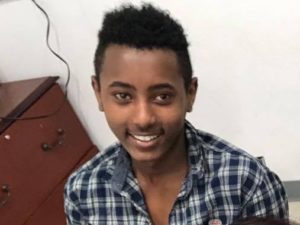 Nasridiin, an eighteen-year-old boy from Mogadishu, Somalia, has been living in  Fredericton since July 10, 2019. Besides living in Mogadishu and Fredericton, Nasridiin has also lived in Addis Ababa, Ethiopia. He speaks Somali and attends school at Fredericton High School. What he likes most about FHS is the subjects that are taught there. His favorite thing about Fredericton is being able to play soccer with his teammates. After high school, Nasridin would like to become a doctor. 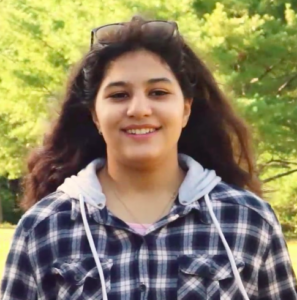 Farima Afzal was born in 2004 in Mehr Shahr, Iran. In October, 2017 she moved to Fredericton and began studying at Leo Hayes High School. Her native language is Persian, but she also speaks fluently in English. For her, Fredericton is a peaceful and quiet place that offers safety and assurance from external threats. In school, her favourite subject is math, and outside of school she enjoys playing the cello, writing stories, swimming, and playing basketball, volleyball, badminton, and soccer. After high school, Farima would like to either be an actress, a businesswoman, or an author. 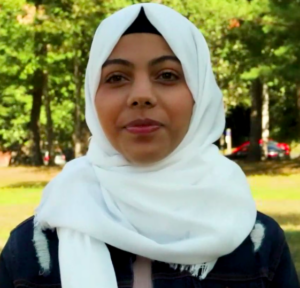 Heba was born in 2003 in Amman, Jordan with her sisters. She also speaks Arabic and English and has been in Fredericton since 2014. Her favorite thing about Fredericton is how calm, quiet, and safe it is, as well as watching the sunset over the city. Heba is a student at Leo Hayes High School and likes her teachers there a lot. Outside of school she enjoys playing soccer and writing stories. After high school she wants to become a psychologist. 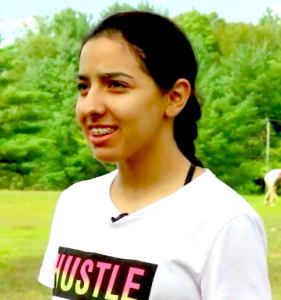 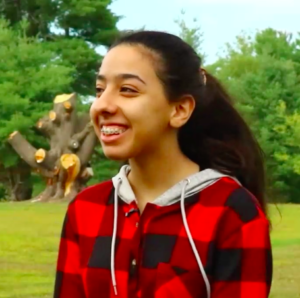 Nisrein was born in 2006 in Amman, Jordan. She speaks Arabic and English and is learning French at Nashwaaksis Middle School. She has been living in Fredericton since 2014 and considers the city to be a very quiet and safe place to live. Her favorite part of her school is the friends she has made and her French class. In her spare time she enjoys playing basketball and soccer. Her future goals are to become a rich orthodontist. 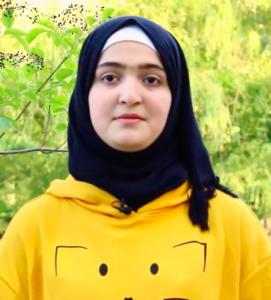 Hala Bakhash was born in Daraa, Syria in 2004. She has lived in Alexandria, Egypt for a short period of time and has been living in Fredericton, New Brunswick since February 2, 2017. She is currently a student at Leo Hayes High School. Her first language is Arabic and her second language is English. Hala’s favorite thing about living in Fredericton is the opportunity for meeting new people and making friends. She also enjoys the fall time in the city but does not enjoy the winter weather. What Hala appreciates most about her school is that the teachers are always willing to support her needs, as well as the needs of other students, whenever they require help. In her spare time, Hala enjoys public speaking with Global Minds at Leo Hayes High School, a multicultural club where newcomers collaborate and discuss issues and topics that are important to them. When she graduates from high school, Hala wants to pursue a career as a laboratory doctor here in Canada. 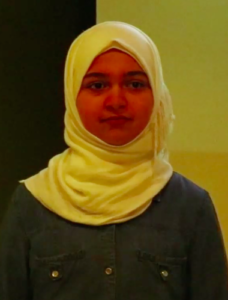 Born in 2005 in Daraa, Syria, Ranem Bakhash, along with her sister Hala, moved to Fredericton on February 2, 2017. Her family has also lived in Alexandria, Egypt before settling here in Fredericton. Ranem speaks Arabic as well as English, and is a student at Leo Hayes High School. Like her sister, she has been enjoying her time here in Fredericton and the new friends she has made since her family’s arrival. What she enjoys the most about her school is her math class and playing badminton. When she is older, Ranem would like to become a math teacher. 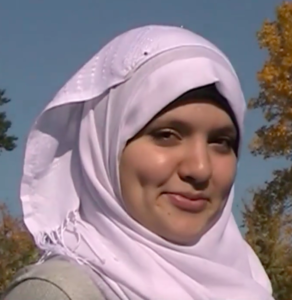 Riham Bakr was born in 2003 in Damascus, Syria. She has lived in Beirut, Lebanon, and currently lives in Fredericton, New Brunswick. Riham migrated to Fredericton on November 15, 2018. She speaks both Arabic and English and is a student at Leo Hayes High School. Her favorite thing about Fredericton is the immense kindness of the people that live here. At school, she thoroughly enjoys her EAL class and her amazing teacher. Outside of school Riham likes to draw, play the bass guitar and plays video games as well. When she is done at Leo Hayes, she plans on becoming a surgeon. 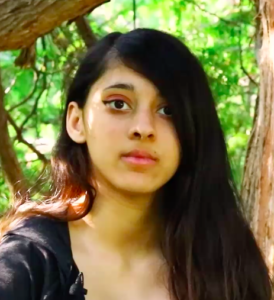 Mehak Banday was born in Fredericton, the older of two sisters. Growing up without an extended family as her parents were new immigrants, and not immersed in their cultural community as her family was non-traditional. Mehak was not cognizant of being “different” from other Canadian children in her schools until she began being repeatedly told to go play with “other Arabic girls” and noticed being excluded from social groups as she entered middle school. As xenophobia started hitting the headlines Mehak became aware of the impact her family’s muslim identity and South Asian ethnicity had on how their family was treated in the Fredericton community. With the exception of support from her teachers, Mehak always felt like an outsider in the city despite spending her whole life here. She has focused her energy on her academics and career goals, and has received awards in every subject in her first semester at FHS. She enjoys playing Minecraft with her friends in her spare time as well as making digital art. 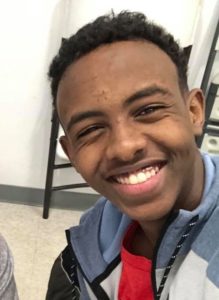 Born in 2003 in Luuq, Somalia, Mash Ismael Guliye moved to Fredericton on July 20, 2019. Mash has also lived in Dollo Addo and Addis Ababa, Ethiopia, as well as spending a bit of time in Saint John, New Brunswick. He speaks both English and Somali and is currently a student at Fredericton High School. Mash’s favorite thing about Fredericton is the skating rinks located in the downtown area. In school his favorite classes are math and history. Mash also likes skating, snowshoeing, soccer and basketball. After graduating from high school, he would like to become a famous soccer player and a software engineer. 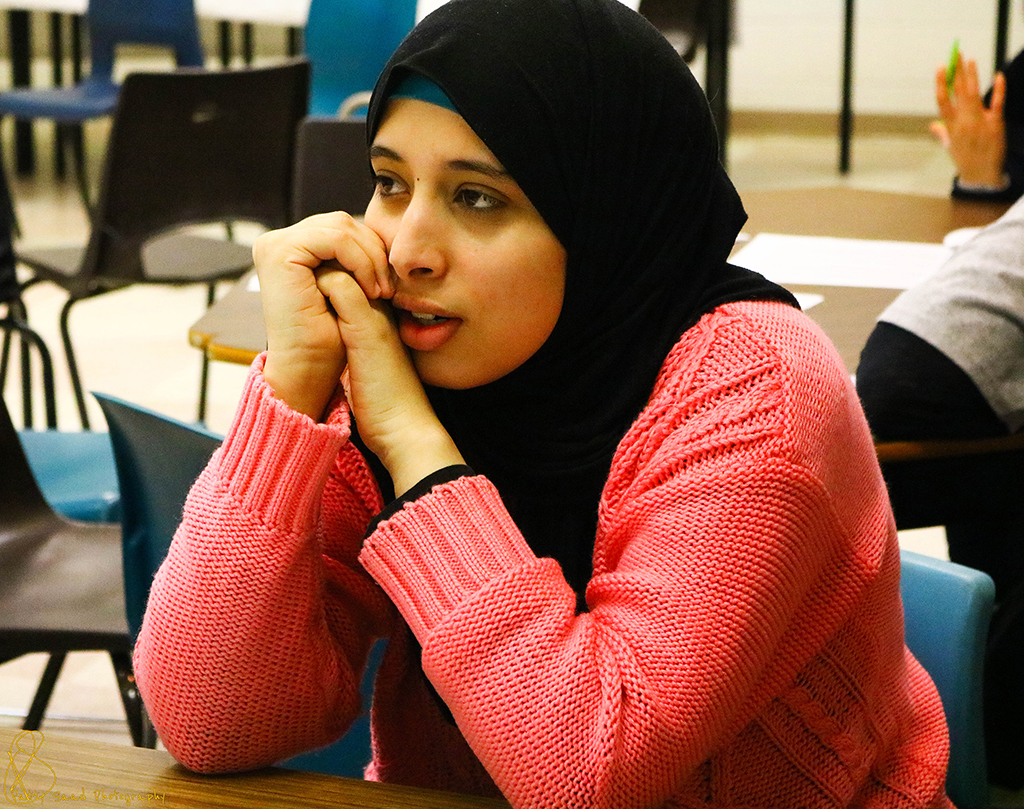 Shaima Zinah was born in Daraa, Syria in 2003. She made her Fredericton on April 17, 2017 after spending some time living in the country of Jordan. Shaima is a student at Fredericton High School and speaks Arabic and English. She enjoys walking outside, playing basketball and cooking meals when she is not in school. What she likes the most about her school is the friends she has made and the teachers that she has. When she is older, Shaima would like to become a doctor.