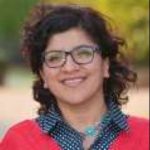 Gül is an Associate Professor of Global Sociology at St. Thomas University on Unceded Wolastoq
Territory (Fredericton, New Brunswick, Canada). She received her PhD from York University in Toronto,
where her dissertation focused on the diasporic citizenship of Turkish-background residents of Berlin,
Germany. Gül joined Sociology Department at STU in 2013. Her research and teaching focus on the broad areas of citizenship (as a social practice) and global social justice within global and transnational sociology. Postcolonial Studies and Postcolonial Feminism inform her research and teaching. In her research, she engages in the narrative inquiry to examine the complex relations between global processes and everyday realities. Gül teaches Introduction to Sociology; Sociology of Globalization; Globalization and Gender; Racialization and Ethnicity; Global Justice; Orientalism Islamophobia and Postcolonial Transgressions; Advanced Theory; Research for Social Change; and Qualitative Methods.

Sebastián is a community planner and the former community liaison with the City of Fredericton. Salazar created spaces for enhanced interaction between recent immigrants and longer-term residents, including conversation groups and a living library. He has partnered with initiatives for an LGBT+ group for immigrants, refugees and international students, a petition to give permanent residents the right to vote in municipal elections, and assisted with Housing First initiatives. Salazar’s community connections and proficiency in several languages are vital for the project, as he will take an active role in all of the project’s events. 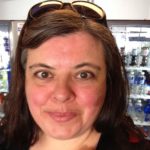 Sophie was born in Moncton and grew up in Sydney, Nova Scotia. She is Professor in the Department of Culture and Media Studies at the University of New Brunswick, Fredericton, where she teaches Spanish Latin American language, literature and culture, Women’s Studies and film. Her research publications are on women writers of Central America and social change, mostly in Nicaragua. She has also published on Latino-Canadian writers’ narratives of integration (Lady Rojas Benavente, Carmen Aguirre, Carmen Rodríguez). Along with editing two anthologies of Latino-Canadian women’s poetry, she is a literary translator with various books published in English, French, and Spanish. Notably, she translated Mi’kmaq poet Rita Joe and Ojibwa-Cree elder Ma-Nee Chacaby’s memoirs into French, recently published a translation of NB Anglophone poets in two volumes, and is finishing up a translation of NB LGBTQIA+ writers for Frog Hollow Books. 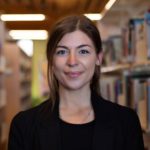 Justine was born in Fredericton, New Brunswick, Canada. She is a fourth year undergraduate student completing her Honours in Sociology with a double minor in Psychology and Native studies. Justine’s work has involved assisting Çalışkan with research tasks, such as editing work, reviewing literature, and assisting with drafting a grant application for Promise of Home. Her duties include project management roles such as activity organizing, record maintenance, promotion for the project, and communications. She will also be involved in the writing, presentation, and publication of the project’s outcomes. 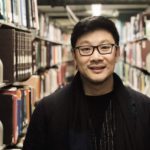 Native of China, new permanent resident of Canada and citizen of the world, Charles’s education and career life spans far and wide. He has a junior diploma in Elementary Education, diploma in Music Education, master in Educational Leadership (Australia), post-graduate certificates in Journalism – New Media, Advanced TV & Film (Canada). Charles started his career as a Chinese language teacher, soon transitioned to a live TV & radio host (the pioneer in his city), then to editor and director of a provincial radio station. He is the recipient of over 40 top national and provincial arts and media awards in China. Since 2014, he has been actively engaged in the Canadian higher education sector in both learning and teaching roles. His remarkable storytelling capacity made him the keynote speaker at 2018 TIFF Sheridan. He is also an invaluable contributor to the Greater Toronto Area and Greater Moncton Area, utilizing his superior leadership, event planning and multimedia production skills to serve his immediate community by delivering numerous large-scale art and cultural events. Charles is a classical pianist and music educator in his after-work hours. Currently, he is teaching Photography Media Arts at McKenzie College in Moncton, and a PhD student in education at University of New Brunswick. Charles brings to the POH team a wide spectrum of knowledge and skills, particularly in the field of social media marketing, video and graph production and presentation, and storytelling capacities. 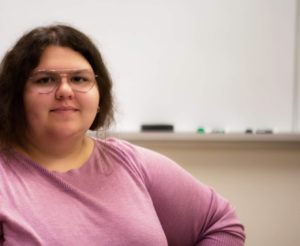 Bianca was born in Bacău, Romania, and immigrated to Canada with her parents in 2010. Now she’s in Fredericton in her third year of undergrad at St. Thomas University, majoring in Sociology. She’s a research assistant for Promise of Home, and her tasks include narrative research (data collection), project management and academic writing.
Bianca hopes to further her education to get a master’s degree and do research. Her interests are gender diversity, human rights and intersectional-feminist theory. Outside of her academic life, Bianca is interested in visual arts (traditional and digital) and music of various genres and languages. 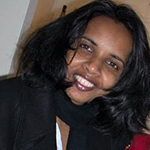 Anthazia completed her teacher education program at the Cyril Potter College of Education, Guyana,
where she majored in Theatre Studies. She taught internationally in her native Guyana for ten years
then moved in 2007 to York University in Toronto and completed a B. A (Hons) degree in English &
Philosophy. After York University, she journeyed to Saskatchewan and taught high school for two years in Indigenous Education. After Saskatchewan, she moved on to the University of New Brunswick in 2016 and completed an M.Ed. in Curriculum Studies. Among her many academic pursuits, Anthazia is an educator and storyteller. Presently she facilitates narrative writing workshops for seniors and immigrants to Canada. 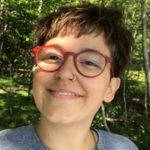 Abbey LeJeune grew up in Fredericton, NB and was raised by their two adventurous, entrepreneurial
parents. Since graduating high school in Fredericton, Abbey completed their undergraduate studies at St.
Thomas University in the April 2021. They studied Sociology, Environment and Society, and Native Studies, with hopes of doing a Master’s in Occupational Therapy. Abbey worked with Dr. Ҫalişkan as a teacher and research assistant at St. Thomas University. Abbey works to be heavily involved in social activism in Fredericton around the topics of queerness, reproductive justice, racialization, Indigenous rights, climate justice, and immigrant and refugee issues. Outside of studies, employment, and social activism, Abbey spends their time in their cozy apartment with their partner, Megan, and cat, Jinx, reading books, cooking, baking, and playing cards. 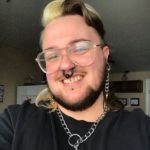 Aaron grew up in Riverview, New Brunswick and moved to Fredericton in 2016 to begin studying at St. Thomas University. Aaron completed an honours in Sociology and major in Native Studies in April 2021. Their honours thesis involved collecting narratives from fat transgender folks in Atlantic Canada about medical care and resistance. Aaron hopes to continue onto grad school to become a counsellor for the LGBTQ2S community. Outside of academia, Aaron is committed to social justice in Fredericton and online around topics of transgender rights, fat liberation and Indigenous rights. Other than activism, Aaron is an artist, book-lover and enjoys biking. They have been gratefully working with Dr. Ҫalişkan on multiple projects including Promise of Home since the spring of 2020. 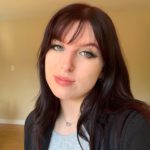 Emily grew up in McNamee, New Brunswick and moved to Fredericton in 2018 to study at St. Thomas University. Emily is going into her fourth year at STU and is working on completing an honours in Sociology, along with a minor in Women’s and Gender Studies. In addition to working with Dr.Çalışkan on the Promise of Home project, Emily has also worked as a research assistant in STU’s history department and in the Centre for Interdisciplinary Research on Narrative. Emily is an avid volunteer with the University Women’s Centre, and enjoys reading, crafting, and roller skating in her spare time. 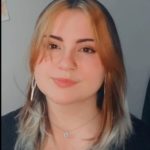 Pierina was born in Lima, Peru, but now lives in Fredericton, NB. She moved to Canada in 2019 in order to get a double major in Journalism and Communications and Public Policy, with a minor in Fine Arts at St. Thomas University. One of Pierina’s long-term goals is to travel around the world, getting stories and meeting new people while discovering new places. Besides being passionate about visual journalism, her favorite hobby is dancing, which allowed her to be a dance instructor in Fredericton. 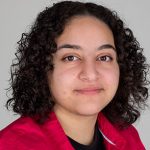 Patricia completed a major in English with a Concentration in Drama and a triple minor in journalism, fine arts and criminology at St. Thomas University. She is primarily a theatre technician and lighting designer in the Fredericton community, but is making her way into the multi-media industry. Patricia is a freelance photographer and cinematographer in the Fredericton area. Her freelance work includes projects at the St. Thomas University and with production companies in the Fredericton community. Patricia worked alongside the team as the videographer for Phase 1. 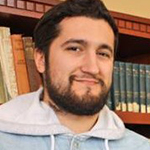 Kyle was born in Fredericton, New Brunswick, Canada. He is in his third year of Sociology at St. Thomas
University, and plans on going to graduate school for social work. His passion for social issues and inequality has given him the opportunity to work alongside Dr. Ҫalişkan, a professor of Sociology at St.Thomas University, as her research assistant. Over the past two years, he has published two book reviews with Dr. Caliskan, and is in the process of publishing another. The majority of his work involved assisting Dr. Ҫalişkan with research tasks, such as reviewing literature and editing her work, as well as drafting an extensive ethics application for Promise of Home. His position entailed managing and securing funds for project expenditures, as well as venues for various events related to the project. His main role was leading the first phase of the project, and it was his duty to be in direct communication with participants and other contacts involved in the project.