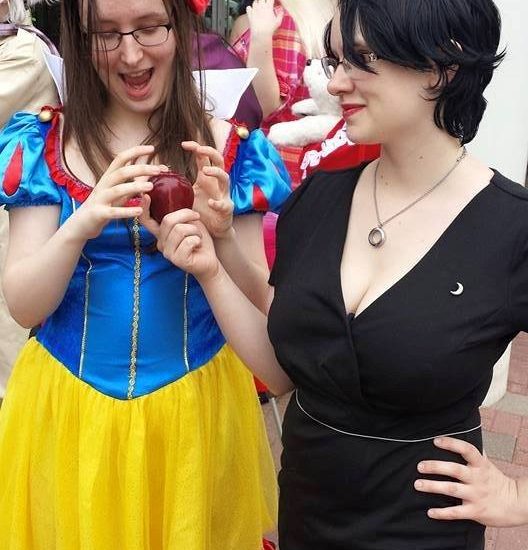 ‘Don’t limit yourself because of what other people say.’

Cosplay is defined as the practice of dressing yourself up in costumes and accessories to look like a character from a movie, book or TV show. People cosplay mostly as characters from a Japanese anime or manga. Marie Meade grew up in Fredericton. She’s a third year Anthropology student at St. Thomas University. She’s a cosplayer and a member of Capital Cosplay. She has cosplayed as Regina from Once Upon a Time, Tohru Honda from Fruits Basket and will be cosplaying next as Princess Serenity from Sailor Moon.

When did you first start cosplaying?

Officially, I started seeing myself as a cosplayer about a year ago, because that’s when I started going to conventions. Mind you, I’ve always loved putting together costumes.

The first costume I remember doing as a specific character, I was six. I really liked this pink belly-dancer costume for Halloween one year and she was like “OK, yeah.” Like, it’s not an evil character, because my mom had something against me doing villains. And then she was like “Oh, look, you’re a belly dancer. That’s a really nice belly-dancer costume.” No. I am Jeannie from I Dream of Jeannie.

What events have you cosplayed at?

Where’s the best place to buy items to make your own cosplay?

I get stuff where I can find it. There’s not really one magical place that has everything that you need. It all depends on what you’re doing, what accuracy you want, and what quality you want.

I can go to Walmart during Halloween season and I could get a cheap $10 wig, or I could go to a convention or order online a $60 wig that I know I can curl, I can style the way I need it, and it doesn’t look like a wig.

What’s your best memory during a cosplay event?

There’s not really one best, I have a best memory for every event I’ve gone to. I guess my best memories are meeting new people.

What does cosplay mean to you?

What advice would you give to someone who is thinking of cosplaying but is nervous?