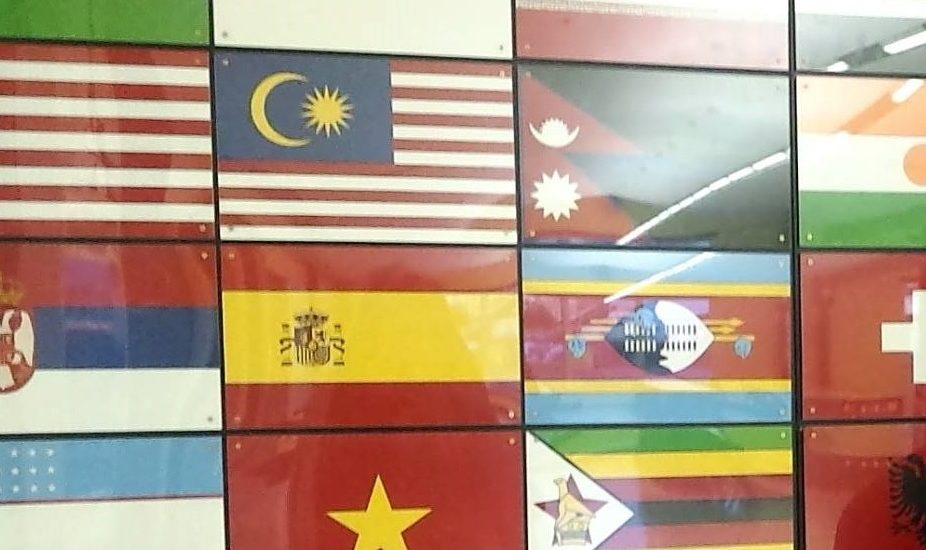 Khawla Aldandan was in the top three students in her class she knew she wanted to be a pharmacist since Grade 1. But when she was in Grade 9, her family moved to Lebanon to escape the conflict in Syria, and she and her younger brother had to stop going to school because her family could not afford the fees for all five children.

The Aldandan family was the 12th refugee family to arrive in Fredericton. They landed on Jan. 15, and one week later all their children were enrolled in school.

“My first day was very nice,” said Khawla Aldandan in Arabic. She’s now 19 years old and enrolled in Grade 11 in Fredericton High School. “I met new people, and the teachers are really nice.”

The father said his children’s education is the driving force behind his leap of faith.

“I moved away from my family, I risked estrangement and living in a foreign country,” Ziyad Aldandan said, “all for my children and their education.”

He said education facilitates communication and understanding, the most important assets a newcomer can have.

“Without education you’re like a deaf man at a wedding,” he said. “Education is life.”

Once a refugee family has a permanent address, the Multicultural Association of Fredericton shares their names with the school district office and a meeting is arranged with an interpreter present.

Ziyad Aldandan said he is thankful for his First Fredericton Friends, who he calls part of his family. They are community volunteers matched with newcomer families through the multicultural association.

“They came with us to the schools and helped us choose the appropriate ones.”

In the meeting with the family, MCAF staff share information about the school and show them a video that was created by a Grade 12 Fredericton High School student named Yasir Salih.

The family later meets the principal and teachers, with an interpreter present. They are familiarized with the school and the staff. Then the children can start attending classes.

Yasir Salih’s first day at Fredericton High School was nearly three years ago. He had just arrived in Canada as an immigrant after living in Syria for four years. He spoke no English, had no friends and knew no one from the community.

“I felt like a little cat in the middle of a forest, that’s how it was overwhelming for me,” said the Iraqi national. “I used to look at people’s faces and see which one looks nice and just go ask them (for help.)”

Salih, now 17 years old and in Grade 12, no longer has to take English-as-additional-language (EAL) classes. He recently created this information video in Arabic outlining how the school system works. He is working on a second video that will illustrate more elaborate scenarios that a newcomer might experience.

Salih said when he first arrived he was lonely, and the language barrier was one of the biggest challenges to adapting in Canada.

“I wouldn’t want other people to experience it,” he said.

To overcome the loneliness Salih began going to the gym and playing soccer and basketball.

“Sports is something that you do and you don’t need that much communication.”

That’s where he made friends and practiced his English by listening, and eventually got over his shyness and began speaking. He said the self-confidence came with the language.

“Talking to a Canadian person and presenting (in class) is not as bad as I thought it would be,” he said.

Salih said he began volunteering to help newcomers three months after he started school. He took EAL students on tours of the school and helped them with the little things.

“I know how it feels to have a tour in another language and there’s a million things on my shoulders,” he said, “so I started to learn using non-verbal stuff, just smile and eye contact… make them feel more adapted and more comfortable.”

“(The video) was very nice,” said Khawla Aldandan. “I hope we can learn English just as he learned English here, little by little.”

“It feels really good when you feel like you’ve made them understand one thing, or make it a little bit easier for them because I know how hard it is,” said Salih, “out of a million things now you’ve made it 999,999 things.”

Salih said being one of the few Arabic-speaking students in his school comes with many responsibilities, but he said he doesn’t look at it as added pressure. He sees it as just providing help.

“The first thing these people need to find here would be hope, because that’s what they lost in their country,” he said, “and that would make their whole journey in Canada easier.”

“There’s no pressure in classrooms on teachers or students for academics,” he said.

This means, for now, marks don’t really matter. All efforts are focused on the students’ English and mathematics abilities.

Another priority is making sure the students’ religious and cultural needs are met.

FHS administration have been able to find time and a place for Muslim students to perform their daily prayers. All Muslims must pray five times a day: once at sunrise, once at early afternoon, once in late afternoon, once just after sunset and once between sunset and sunrise.

“We spoke to an administrator and she provided us with a room,” said Khawla Aldandan.

When the call to early afternoon prayer sounds at around 1:15, they pray there.

“We pray during the hour-long break, so we don’t interrupt our classes,” she said. “It’s not a problem for us.”

They perform the late afternoon prayer at home after school.

Thomas doesn’t believe the influx of newcomers has affected the FHS learning environment. He said the school has had students from over 80 countries, and there are more than 425 international students already enrolled.

“I don’t think it has been much of an adjustment (for pre-enrolled students) because we’re so used to cultural diversity.”

The biggest challenge, according to Thomas, is the language barrier. But both Fredericton High School and Leo Hayes High School have a full English as additional language course for students who don’t speak any English.

The Aldandan family are hopeful about their ability to learn English quickly.

“I think in six months my children will be able to speak English very well,” said Ziyad Aldandan. “That’s what the high school promised.”

Interpreters are present for important events, but mostly the staff have to depend on translating apps on their cellphones or tablets.

“Technology helps, but it’s not the same as having a real person,” said Thomas.

Ziyad Aldandan said he rarely needs an interpreter in non-official settings, as he can speak a little bit of English and can usually get his ideas across. He sometimes reached for a translating app, but not so much anymore.

“We were expecting English to be very difficult,” said Ziyad Aldandan. “But people speak slowly and put things in different ways until you can understand.”

Thomas says Arabic-speaking students like Salih have been indispensable because they explain how the public school system works and provide linguistic and cultural nuances that a machine cannot.

Students spend most of their school day in EAL classes.

“It still has been an adjustment because we’re not used to these numbers,” said Thomas.

There are 23 students in the EAL course, 16 being Arabic-speaking refugees.

Students are in one non-EAL class a day, and that class is determined by age.

Elementary and middle schools have a different system, where students have EAL tutors instead of full classes, and they attend all regular classes.

On the multicultural side

Settlement co-ordinator Joanne Owuor-Larocque said the multicultural association has more than four different English language classes for the adults. They range from the absolute foundations of language to more complex use of language for business.

“The classes are excellent, my wife didn’t know a word of English when she started,” said Ziyad Aldandan, “now she’s improving.”

“It’s such an important phase in their lives, it’s their education,” she said. “So it’s important that within that space they get all the opportunities to succeed.”

MCAF also provides a service through SWIS workers (Settlement Worker in Schools.) At the moment there is one SWIS worker in the Anglophone school district and one in the Francophone. They provide support for the schools, the parents and the children in schools.

MCAF has a partnership with Frontier College which trains and provides volunteers who work in these homework clubs, in both English and French.

Shane Thomas says he is impressed by the new students’ thirst for knowledge.

“The students we have received are all eager to learn,” he said. “They’re putting forth a solid effort.”

Khawla Aldandan visited University of New Brunswick last week to learn about their pharmacy program and she looks forward to studying there after graduating from high school.

“If you don’t study, then what will you do with your future?” she said.