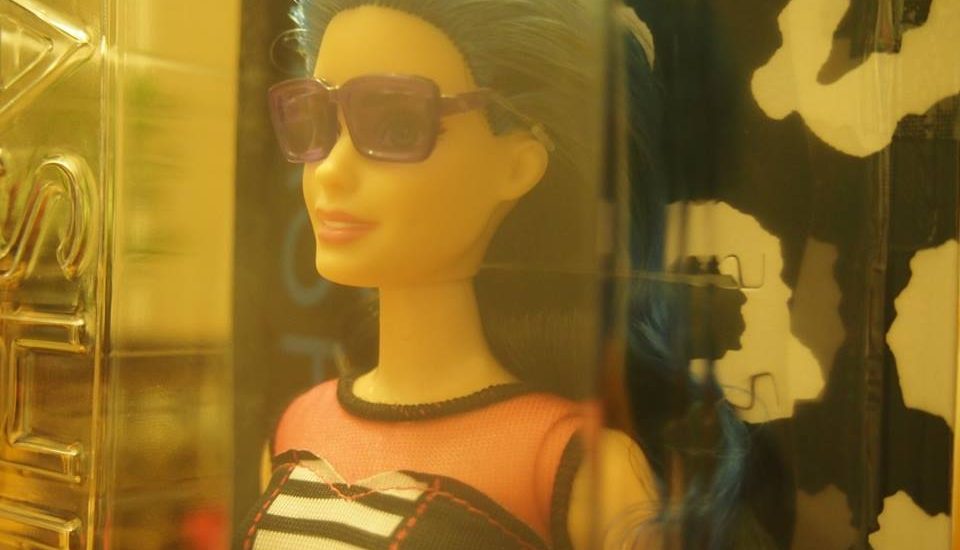 I scanned the high shelves as I walked down the aisle. Bright colours like yellow, blue, and pink drew my attention.

Hundreds of smiling faces stared back at me, unblinking. I admit that you can catch me walking around in Toys ‘R’ Us once every couple of months to see what kind of new or interesting toys they are coming out with, but this time I went with a purpose.

My eyes swept over the Barbie section closely, looking for my specific doll. I saw dozens of versions of the original Barbie, but what I was looking for was something that could change the way children looked at women from now on. I was looking for one of the new Barbies – one with long blue hair and thicker thighs. Yes, Barbie has released a plus-sized doll, as well as many other types. Growing up playing with the original-sized Barbies, I just had to have one of the plus-sized ones.

The beginning of a new era?

Since first coming out in 1959, Barbie has been a popular toy for many years. She has kept her thin-waisted and busty body, but over time she has gained more hair styles, makeup and clothes.

With body-positivity and self-esteem in the media and social media, as well as a drop in profits, Mattel decided to take a risk. Back in January, Mattel released a new, seemingly more positive, line of Barbies called the 2016 Barbie Fashionistas Collection.

Along with the original Barbie, three new body types were released in January: the curvy Barbie, the tall Barbie and the petite Barbie. Along with these new body types, Mattel also released a variety of skin tones, eye colours and hair textures that aim to please diverse consumers. But the question is, is it working?

Kayla Boyle grew up playing with Barbies and other dolls, and now collects them. She was surprised when the new Barbies were released, but says that she thinks Mattel’s doing the right thing.

“I think it’s a step in the right direction,” said Boyle.

Boyle says she never really saw Barbie as a bad thing growing up, or that Barbie’s body was ever a bad influence.

“She was always an inspiration to me as a kid. She was smart and could be anything and she was beautiful,” said Boyle. “But I do understand how girls have trouble putting themselves in Barbie’s place, so having the new ones should help other girls see themselves in her shoes.”

According to Time magazine, Mattel made the decision of releasing these Barbies to entice millennial moms, who grew up with Barbie and will be the future ‘consumer base’. Mattel spent around two years developing the Barbies as well as working on what they would call their new line. Mattel also spent several months deciding the right translation of tall, petite, and curvy so they did not sound rude in other languages.

Evelyn Mazzocco, the senior vice president and global brand manager of the Barbie franchise, said in a statement that the dolls were to represent a new line that will reflect the world that girls see around them today. “The variety in body type, skin tones and style allows girls to find a doll that speaks to them,” said Mazzocco.

What do you think?

The question is, are they winning the hearts of children? It seems that they have.

Buzzfeed posted two separate … seperate what? missing words shortly after the Fashionistas’ release. In the videos, children, as well as adults, were introduced to the new Barbies and gave their own personal opinions about them.

Most feedback from both the children and the adults was positive. One little girl commented that they should go further and change the feet as well so they can wear different shoes. A woman remarked that she had gained weight over the past few years, and to see a curvy Barbie that’s just as beautiful as the others was nice. “It was meaningful to me,” said the woman.

One man stated that while the Barbies were a good idea, and it’s up to the parents to help their kids learn not to try to become like Barbie.  this sentence is awkward… “I get it, but I just think it’s important that the parents teach their kids that they should not see themselves in plastic things,” said the man.

Will they be effective?

Felicia Brewer is a mother of two girls and one boy. She herself grew up playing with Barbies and now watches as her girls play with them as well. She says the new Barbies are a good idea because they show how there’s more than just one body type, but she doesn’t know whether they will actually have an effect on how children will view themselves or not.

“The Barbies may have some effect but it may depend on the ones who buy them. Everyone wants different things. In a few years, people may look back and ask why didn’t they make the Barbies sooner?” said Brewer.

Boyle asked that question herself, and thinks this is as good of a time as any to release the dolls. She believes that since society has begun to acknowledge that body shaming is a real thing, and that the new Barbies have a better chance of being accepted now than a few years ago.

“I think it could have done a world of good if they had been released earlier, but at the same time I don’t think they would have been as well received,” said Boyle.

Barbie was first made as an image that little girls looked up to, but some are opposed to the new line of dolls.

Boyle has heard that some people are taking the new curvy Barbies as a negative sign for children that it’s ok to be fat and obese. However, Boyle believes they encourage a more body-positive aspect.

“I think they’ll teach little girls that it’s ok to love themselves as they are and that they can be anything,” said Boyle.