You can pay your way into eSports, and that’s not cool

If you’re a gamer or pay attention to internet media outlets lately, you’ve probably heard of a lot more eSports, or electronic sports, stories popping up. While games like Counter Strike, League of Legends, and Starcraft have been around for ages, we’re seeing a flood of eSports focused titles.

Titles like Halo, Gears of War, and Heroes of the Storm are making headway as dominant eSports titles too. These titles have grown in popularity due to business techniques. For example, Valve, the publisher of Defense of the Ancients (DOTA) 2 use their own money to fund prize pools for tournaments, creating a bigger competitive player base.

Heroes of the Storm is one of the most popular new games to do this. If you haven’t heard, Blizzard holds a tournament called Heroes of the Dorm which

promises free tuition and cash prizes for college students competing on teams. While it does sound like a great thing to do for the eSports community, it is, at its finest, a business practice.

Halo 5 was recently featured at the Aspen X Games as part of a deal between ESPN and Microsoft. That tournament’s prize pool was $30,000. Halo has never been as popular as League of Legends or DOTA 2, but with the latest iteration, it has been pushing to feature competitive play and tournaments to the public.

Similarly, Gears of War latest iteration’s multiplayer, is designed around eSports. With eSports, if you put money into something the players will follow. But what does it mean when any game developer or publisher can use money to create an artificial eSports following? With games like League of Legends, eSports developed naturally; same for Nintendo’s Super Smash Bros. and Valve’s DOTA 2. While Valve has put its own money into some prize pots for DOTA 2, other multinational tournaments around the world have put cash on the line showing that it can stand the test of time as an eSport.

As of late, some developers and publishers have claimed their games are eSports from the moment they are released. How can there be a competitive following right out of the gate if there is no dedicated community playing yet? Some games in Steam’s “Early Access” program have also touted to be eSports. The “Early Access” program is a program for unfinished games; games that are constantly being updated, but are nowhere near ready to be taken seriously by players. How can games in this program say they are eSports?

One game for example, “ACE – Arena: Cyber Evolution” is listed as “Designed from the ground up around the mouse & keyboard, ACE was not envisioned only as a sport game, but really as a new sport.” While that is good to hear the game is being developed to be played at a competitive level, will the game also be designed to just be a good game?

I talked to one of my Heroes of the Dorm 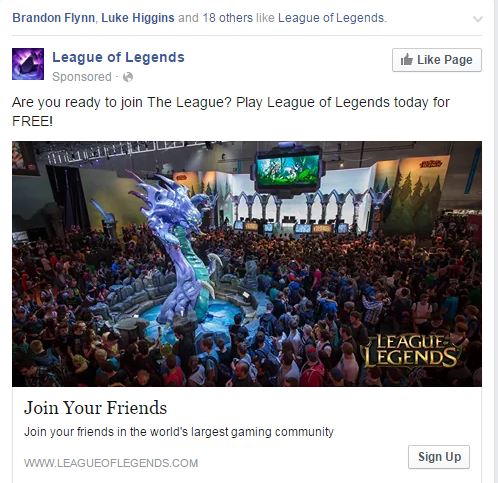 teammates, Carter Harlow, about what he thinks of developers paying into their own games. Harlow believes that it makes sense in order to compete, and that its hard for newer games to target students who are already playing similar games like League of Legends

“With the help from Heroes of the Dorm, more students found time to play it instead of League and more people are liking the rapid game pace over League’s more drawn out style,” Harlow said.
The interesting thing is that’s exactly what happened to me. I started playing Heroes of the Storm because of the tournament; the chance of winning tuition and playing under a school’s name. Sure, it might seem like I’m a huge hypocrite, but I’m aware that I never would have even considered the game as a fun or engaging eSport if it wasn’t for Heroes of the Dorm.

Look at it this way, no matter what kind of business practice a developer or publisher uses to promote an eSport, they’re all worth a try, even if they’re awful. Whether it’s for gameplay, or for prize money and strict competition. Nobody can ignore the fact that when a game has a prize pool of $3 million, people are going to be interested whether the game is bad or not. But it doesn’t take too long to realize what is actually fun, and what’s propped up by that sweet, sweet, cash.