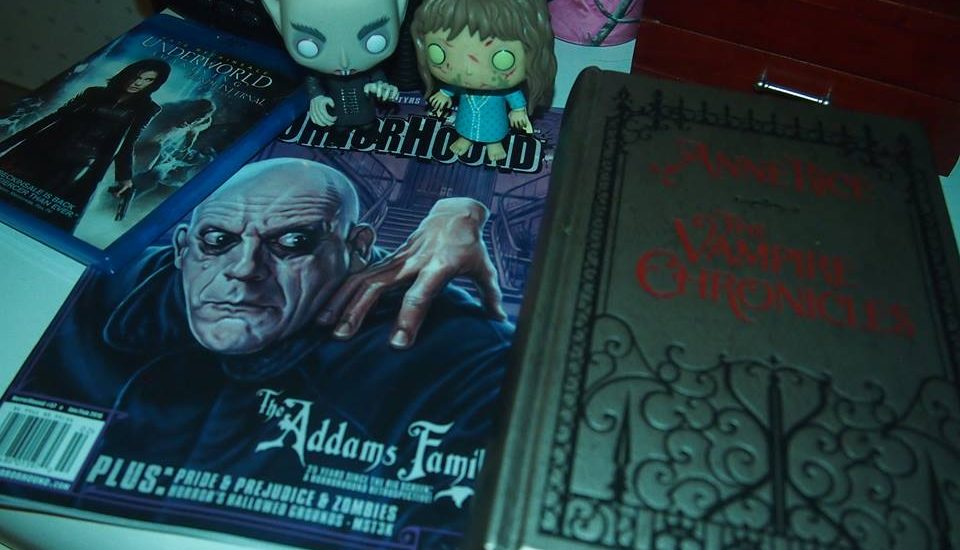 I remember watching my first horror movie when I was five or six. My grandparents had the pay-per-view plan on their TV, and 13 Ghosts was playing continuously on one of the channels.

I was just a kid, but it didn’t scare me as much as it should have. A big glass house with off markings on the walls? Awesome. A grotesque killer ghost with nails in his head and one that resembled Lurch from The Addams Family? Bring it. Then when 12 of the ghosts began chasing and killing off some of the characters locked in the mansion, my hands flew to cover my face, but I still watched between my fingers.

I didn’t really comprehend some of what was going on, but I thought the entire thing was cool. My older brother on the other hand was freaking out over the movie and forced me to change the channel. Maybe watching horror at a young age got me used to the genre in general.
We see in the news nowadays things like ISIS executing people and children and then posting it on social media for everyone to see. Donald Trump is talking about building a wall between Mexico and the U.S. if he’s elected for President. How bad can you consider watching a horror movie with murder and fake gore in it when what happens in the world today is just as bad, if not worse?
When people are asked what their favourite movies are, you hear answers like action or rom-coms, but not often enough do you hear someone reply with horror. I’ve been given weird looks of surprise or disgust, followed by ‘Why?’ My answer is ‘Why not?’
Of course I love sitting down and watching Pride and Prejudice, Disney’s Cinderella, or Train Wreck, but my favourite genre to watch is horror.
Some say that people who love watching horror movies are twisted or sick-minded because of all the murder, violence and gore. But this happens every day in the real world; does that make people who watch the news twisted as well?

Watching horror movies and shows gives me a sense of calm, believe it or not. Seeing the stereotypical couple get bludgeoned to death while having sex makes me feel a little bit better about the argument I had with my boyfriend earlier that day. I yell at the TV like a hyped-up football fan, except I’m yelling at the idiot who’s running into the abandoned house or the eerie cemetery.
I get an adrenaline rush from jump-scares or intense moments in horror movies – when you know something’s about to happen and you’re just waiting for it. I cover my face with my hands, but peep through my fingers anyways. I can’t get enough of it.
I’m just as sane as the next person, but I have more tolerance over fake gore and death. I know it’s fake, and I’ve seen enough from newspapers and channels like CNN to not get overwhelmed or grossed out from watching The Walking Dead or Insidious. On the bright side, if a zombie apocalypse ever happens, I’ll be the one of few who could take care of themselves by already knowing how to kill a zombie. Unless, of course, the zombies are like the ones in Zombieland, then I’m basically screwed because I run as fast as a turtle in caramel.
Oddly enough, watching horror movies or TV shows gives me a piece of mind about the world. I could have someone stalking me holding a machete while a ch ch ch ah ah ah noise plays behind my back; or watch watch as my family and friends become the flesh-eating undead. But I don’t. For me, no matter how bad I think my day is, it could be a lot worse.