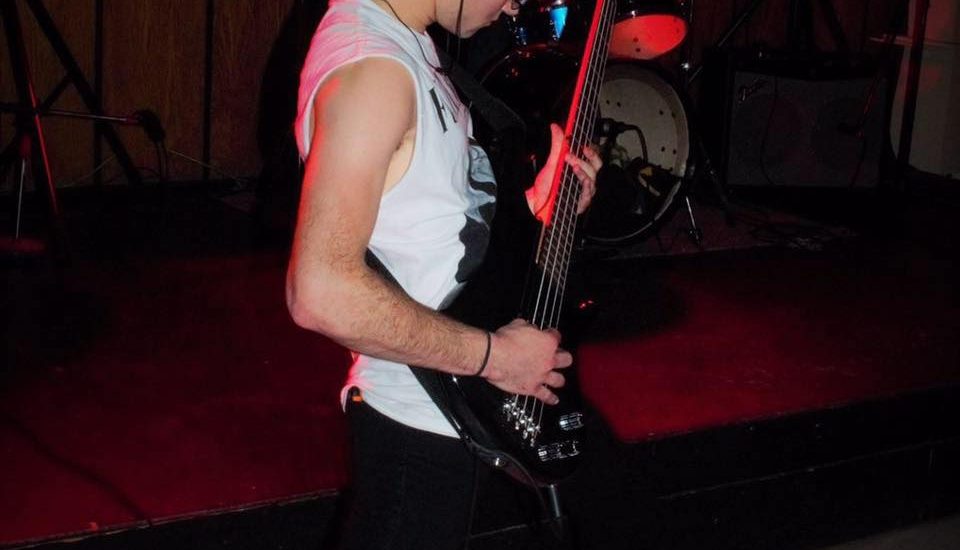 On the outside, Tyson Davidson looks like your typical metalhead. With long hair that’s shaved on the side, usually seen wearing a band shirt and dark clothing, he embodies the essence of what most people would call a “headbanger.” Anyone who has gone to most of the local concerts in Fredericton, probably knows him.

Davidson is one of the most active members of the music scene here. It started back in 2012 when he first started playing music. He became more involved in January of 2013. He has played in three bands since; Anesthesia, Cable Crusher and I, Monolith. Now, he is busy planning music festivals and shows around the province.

“Most people know me from my first band Anesthesia,” said Davidson. “We were around for three years and have shared the stage with big names.” Those big names included The Faceless, Rings of Saturn, Within The Ruins, The Kindred and Abandon All Ships.

Anesthesia disbanded last year and Davidson moved out west for a few months.

When he made his way back to Fredericton, it didn’t take long for Davidson to find another band. He is both a volcalist and a basist.

“I didn’t own any equipment at the time, but made a purchase for one right away. It took me months to actually get everything down, but once I did we got tighter as a band.”

They are working on releasing their first, and so far untitled, extended play (EP).

His second band, I, Monolith started for Davidson as a Kijiji ad.

“I missed playing in a band and put up an ad and got a response back from Denny [guitarist]… We kept the group quiet for almost a year and now we’re ready to join the scene. It’s definitely a project that I’m proud to be a part of.”

In addition to playing music, he acts as a promoter for the city. Working with East Coast Awakening, he hopes to bring different concerts to the city.

“Our plan is to put on monthly shows,” said Davidson, “which will be both all age and bar shows, so that both crowds get what they want.”

East Coast Awakening is putting on a festival this summer featuring of rock, hard core, metal and punk bands. Davidson is also bringing the Toronto punk band, Harbour, to the city in May.

The scene here in Fredericton, he says, has its moments, it’s off and on.

“It has its moments where the crowds are absolutely crazy and packed then you have those moments when you only get like 20 people.”

Playing music goes beyond just an interest for Davidson. He says it is the way of life. It’s something everyone can turn to whether they’re happy, sad or want to let go of anger.

“Music has always been there for me. Nothing makes me more excited than getting on that stage or in the mosh pit and letting all emotions go,” said Davidson, “It takes you to a whole other world and it’s such a great feeling and everyone needs to experience that.”

He has one wish for the city – he hopes to see more people at concerts. He says to support the music scene by going to shows, even if you’re not a fan of the genre that’s playing.

“We all need to bond together and make the scene feel like a family.”