More students than ever before confess to suffering from anxiety. With student services at St. Thomas and other universities struggling to meet demands, Fernanda Damiani talks about her own struggles and how she and others have learned to coped.

I had a few panic attacks during my life, one of them made me break my door by punching it and the other one made me break a wood chair. How I did that? I have no idea. I think my head deleted the details, but what I do remember is: I couldn’t breath and I couldn’t stop shaking for a long time.

I’ve been to therapy, and one day my neurologist told me what I already knew: I have anxiety and insomnia. Neither of them wanted to give me medication, because it’s addictive and it might cause me problems in the future and those kinds of things.

When both of them told me that they would not medicate me, the only thing in my head was “come on, you are being mean, make it stop.”

I got to moments of my life where I would call my mom begging her to ask them for anything, because I couldn’t sleep, because when I started to get anxious I couldn’t breathe. She said no, and I have to admit, more than once I considered doing it without telling her and just buying whatever, but I never had the balls to do it.

The nights that I couldn’t sleep for even an hour, the times that I felt my heart was going to come out of my chest forced me to control it.

My way to get control it is writing. As long as I have a piece of paper, I can manage to get through things (at least most of the time), I also learned that sometimes I need to avoid things, and of course, I had to see a psychologist for a long time.

Rice Fuller, the health and wellness director at the University of New Brunswick, said anxiety is all about avoidance.

“When we avoid things that make us anxious our anxiety decreases and we tend to do more of that, in this case we avoid more. There are things that we should try to avoid like situations that could do us actual harm, but when we start to avoid things like going to class or doing our work because we feel anxious about them we start to get in trouble,” he said.

The problem is, people don’t always choose that path, people usually end up self-medicating, as an easy way.

Some people take the action into their own hands, that’s the case of Mary Smith*, an UNB student.

Smith says she had three different times in her life where she decided to self-medicate. The first time she was in Grade 9. “I remember all of the times. I felt desperate and felt like this was an easy solution.”

“I had moved to a new school and wasn’t fitting in,” she said. “There was a group of girls that picked on me every day. The bullying got really bad to the point where there were Facebook groups telling me to kill myself that everyone in my class had joined.”

Smith stole a bottle of happy pills that her mom was taking. “I don’t actually know what they are called but they were anti-depressants. One night I stole a bottle; I took every day until I ran out. They kind of helped.”          About 12 percent of all Canadians have experienced some kind of anxiety disorder, says the public health agency of Canada.   Only 20 per cent of the population with this disorder have received psychological counselling.

Fuller said self-medication may temporarily reduce the symptoms of anxiety but in the long run, this tends to make anxiety worse. 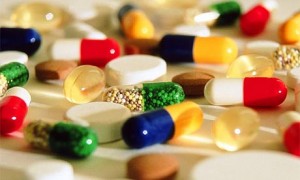 “People self-medicate to numb or avoid feelings of anxiety and as a result this prevents them from addressing the actual cause of the anxiety,” Fuller said.

Smith said the second time she self-medicated herself, it was in her first summer living alone in Fredericton, and she didn’t have friends. She decided to take gravol after a night of crying in bed. “I had had enough,” she said.

“I would go to work, come home and do nothing,” she said, “I started feeling depressed again and was having a really hard time falling asleep.”

Smith says she would stay up all night having terrible thoughts about herself. “My lack of sleep started affecting my work, so I started taking gravol because it made me drowsy.” She says she would take up to six a night to help her sleep.

“It became a dependency to the point where if I ran out, I would not sleep until I bought more.”

Fuller points out that people who take medications without a prescription are more likely to use other kinds of drugs, and that’s exactly what Smith did.

Smith stopped taking it last September, when she met a boyfriend.

“I have broken up with the boyfriend that got me over the gravol and that was really hard for me. I’ve gotten better at being on my own. Smoking weed has definitely helped me, I don’t smoke every day but when I need to do it to help me sleep or calm me down.”

Fuller says mixing alcohol and/or marijuana with prescription medicines creates a whole new level of danger. “People think they know what they’re doing but we know from experience with bad outcomes that they don’t.”

The Canadian Organization of University and College Health made a survey with more than 30,000 students, that survey presented students with a high level of stress and anxiety, especially dealing with their academic careers.

Universities generally offer some kind of help to students, the problem is that at least in St. Thomas University, it’s almost impossible to find an appointment with the councilor.

Brianna Matchett, vice president student life at the Students’ Union, says sometimes students who get waitlisted basically go without services because most convenient place is to access them on campus.

Fuller wants people to know that the medication alone is usually not sufficient to treat an anxiety disorder. “Most people will not need medication to treat their anxiety disorder, they can get better with counselling, self-help books based on cognitive-behavioral therapy. For some people, medication may be needed as an adjunct to counselling or these other interventions.”

Smith found a counsellor, who gave her a list of mental tricks that helped her to keep focused and positive about her schoolwork. The counselling helped her with study skills and work ethic. “I was able to make it through the semester without using it.”

Fuller says that we have to remember about another crucial danger about self-medication, “There is the danger associated with not dealing with the actual cause of the anxiety.”

My therapist said I would be good on my own, that I didn’t need to see her or any counselor at least for now… But she told me that the only reason she believes I can be OK by myself, is if I never stop writing. I remember the last time I saw her. She told me that my diaries were and are way more effective than any other medicine she could ever give me. 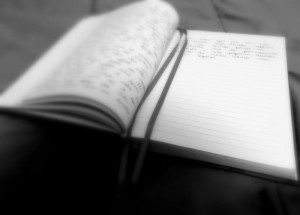 I’ve had diaries since I was nine years old, I have most of them in a box in my parents’ house. When I was a kid, I just wrote it because it was fun I guess. But then, writing became my safe place. It’s easier to write down things when I’m having a break down, because once I have to choose the words to write on a paper I have to wire my brain in a way that I have to calm down.

Writing became my medicine, as cliché as it sounds. The nights that I cannot sleep, the days that I cannot breathe, the moments when I was feeling like my whole world was falling apart, writing was what saved me. When I write I feel like my heart beat slowly goes back to normal, the air gets to my lungs properly.

I try to carry my diary around, especially when I kind of know what’s going to happen on the day, so as soon as I need a safe place, I open it, wherever or whenever I am, and I just start writing.

Sometimes it doesn’t even make sense, sometimes it just looks like a bunch of words with no order on a piece of paper, but even those words unconnected makes me feel “good” again.