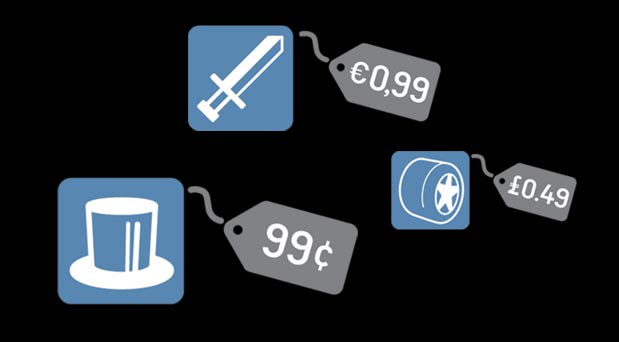 You’re playing your favourite mobile game, something like Clash of Clans or Knights and Dragons. You run into another player who’s been playing about the same amount of time, yet they proceed to steamroll you. A touch irksome at first, but it keeps happening. Eventually, you’re offered a chance to purchase some sort of power-boosting gems or a quick-build function for your next expansion into new territories. Seems interesting enough, you just got some of the currency needed for free even. So you take advantage a couple times until you run out. Now you get a bright advertisement – You could have ten times what you were given for only $1.99.

That’s how microtransactions start in most mobile games. They get you hooked for free, offer an absurd first-time buyer deal and then proceed to nickel and dime you until you either realize you’ve just spent twenty, thirty or even a hundred dollars on e-currency that gives you nothing tangible in return. It’s almost like dealing drugs, but without all the stories to tell. And that’s how it started for Anthony Brooks, a Fundy National Park interpreter.

“I really got into it at one point…I probably spent around $500 in just under six months,” said Brooks. “I got off lucky too, there were guild wars and the top guilds had spending requirements.”

Those requirements? To spend at least $250 per battle, or face removal from your guild, or even worse – be targeted by your guild for attack and have thousands of dollars of digital merchandise destroyed.

So sure, there’s a price to pay for being the literal best in the world, right? But why should this apply to games of skill, rather than simple “wind-up games” as Brooks calls them.

A recent example of microtransactions leading to chaos in a non-mobile game was in the PC game Payday 2, by Swedish development company Overkill Studios, part of Starbreeze Entertainment.

Their take on microtransactions was quite similar to other PC games – Players could earn safes, which were essentially locked chests, but could only purchase the tools to open those safes with real money. Annoying, but as with other games, these were just cosmetic skins – until it was revealed that some had statistical advantages over others, allowing an item to exceed its normal capabilities. This didn’t sit well with the gamers who helped turn the game into the critical success it was. In the following days, reviews of the game would shift from overwhelmingly positive on popular game site Steam to mixed reviews. Statistically speaking, the game lost around 30 per cent of its positive marks in just under a month.

Suffice to say it wasn’t the most popular move among the game’s online community. This later led to them backpedalling and making those same stat boosts attainable through in-game means, with no obligation to spend. Market values of the items with the boost plummeted, as did their sales fees on them. In the months since, their reviews recovered to a respectable “mostly positive,” but the damage was done. Run the name of that game by anyone who spends a lot of time on Steam, and they’ll no doubt bring up that mess to you.

So, what’s the problem exactly?

Some don’t oppose statistically advantageous microtransactions. These people believe it’s the right of the developer to alter their game however they see fit, even if it leads to some degradation of gameplay for those who refuse to purchase items.

“They’re ultimately no different than any other purchase. Take car racing for example… the more you pay (upgrades etc.) the better your chances of winning,” said Kevin Damery, a gamer who said he doesn’t see an issue with such transactions.

Damery said he sees the issue as manufactured, claiming that purchases in no way affect another player’s capacity to succeed. This point is true for some games, one of which is Payday 2, but even so, it appears that the very premise of paying to win isn’t something people are fond of. Damery isn’t a proponent of microtransactions, calling them absolute wastes of money for most mobile games.

“Microtransactions are Darwinism at its finest,” said Damery.

He’s not alone in his thinking either. There are leagues of people who know how to spot the signs of a company baiting them into purchasing useless goods to  accelerate their development in a game or outright win.

“Microtransactions are smart. People fall for it, and companies reap huge profits,” said Brennan Beal, a gamer from Fredericton, “I personally never use them though…things like [World of Warcraft’s cosmetic shop] where you can buy mounts or League of Legends where you can just buy skins; it’s harmless.”

One of the earliest forms of microtransactions in gaming comes from one of its most notorious titles. Team Fortress 2, or as critics of its in-game economy call it, Hat Fortress 2. Simply put, there are items you can buy from the marketplace that offer greater stats than their alternatives, but all these items can be found throughout the game. It’s one of the longest standing examples of this sort of economy, and still makes Valve a hefty chunk of cash annually. The most expensive item ever sold on the marketplace went for an equivalent of around $20,000, and was a purely cosmetic item. The outrage? There was none. It seems that people have grown used to the nature of the game’s economy, and don’t cause a ruckus over its existence.

The way it was converted to a microtransaction driven system is of interest though, as it was originally a full-fledged game purchased through Steam. It sold for the standard at the time, $60 for a copy, and had a rather large player base. Late into 2011, it was converted to a free-to-play game with a microtransaction shop opening up later in the year. This was met with minor criticisms, but due to the game’s playstyle, didn’t have a drastic impact. The items a new player might pay $200 for aren’t going to make him win against a two-year veteran of the game who knows the intricacies of each map and weapon.

Simply put, it appears the masses don’t object to the concept of a company taking advantage of microtransactions, usually even getting people to throw in the odd dollar to make their money’s worth. Games like TF2 and League of Legends are great examples. One has an in-game economy that gives a small percentage of the value to the company owners, the other does direct sales. But neither gives a new player the capacity to overcome experience with money.

The End? Not Likely.

With the realization that sales from microtransactions are record setting, some companies have gone to great lengths to design games to either outright rely on such sales (Games like Candy Crush, which limits your game time per day unless you spend money or bother your friends to play and, in turn, have them spend money) or take the high road and boast about how they avoid them (Payday 2 used to be one of these games, with their lead developer once shaming a member of the community for even hinting there could even be an in-game economy) in favour of other means of making money. Regardless, the system works, it makes them great deals of money, with companies like Bungie, the developer of hit console title Destiny, reporting sales in the hundreds of millions. That’s just for cosmetic goods that let you dance like Jagger, or throw shade like Kanye. The real banquet for greasy game development remains in mobile games. They’re generally simple in nature, but can be veritable cash cows for the companies making them. And it’s completely unnecessary – there’s almost no mobile games that actually have true competition in them, and the ones that do are more similar to PC games.

Brooks even noted that with his experience in spending cash on Knights and Dragons, he at least recouped a fair amount of the money by selling things to other players via message boards and forums. That wasn’t considered fair game according to the developers though, who only allow users to trade items, not outright sell equipment, for taxation reasons, according to Brooks.

“I’d say all in all, I probably only lost about a third of what I spent, but that’s only because I’m a bit cheap and took it upon myself to sell things. That worked okay for me, but they’ve banned people for that in the past.”

Brooks said he just hopes that people realize how these transactions work in the favour of the company rather than the player, and spend accordingly.

“It’s just messed up to see people spending that much on games, especially when they get nothing real in return.”