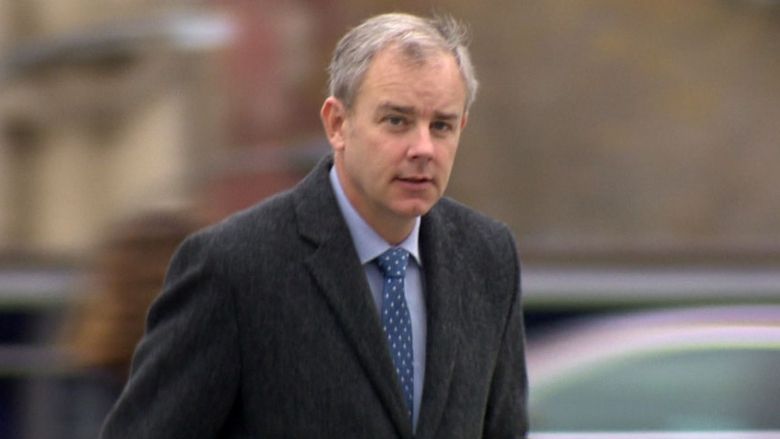 Having seemingly endless access to information can help people understand the justice system, but how can it affect the way the general public perceives high-profile criminal cases like the Oland and Ghomeshi trials? And what implications do the widespread use of social media that often crosses the line into contempt of court present for a person’s right to a fair trial?

From the time Dennis Oland became a suspect in his father’s slaying, his family has supported him and maintained that he is innocent.

Other relatives, friends, supporters and Saint John residents have taken to social media to express the same thing, either during or after the trial – one of the longest criminal trials in New Brunswick’s history.

Judith Meinert, a Saint John resident and retired teacher, followed most of the trial from the time it began last September. She said she did it out of curiosity at first.

“Here I was only a few blocks away from one of the biggest crime stories in Saint John ever, and the public had access to it,” said Meinert. “At first, I thought I would get bored and stop going.”

As the four-month trial progressed, Meinert said she noticed overarching themes of patricide, money and wealth, along with a mother and wife who had lost her husband but was supportive of her son, who was accused of causing his father’s death.

The 48-year-old financial adviser was found guilty of second-degree murder on Dec. 19 of killing his father, prominent New Brunswick businessman Richard Oland, in his office in downtown Saint John in 2011.

Oland was sentenced to life in prison on Feb. 11 with no parole for 10 years.

On July 7, 2011, his father – who comes from the family that owns Moosehead Breweries – was found dead and lying in a pool of blood in his office at his investment corporation, the Far End Corporation. He was bludgeoned to death the previous evening using what was believed to have been a drywall hammer.

Oland’s lawyers have appealed his conviction, along with the decision to deny his application for bail pending appeal. The appeal is expected to be heard in October.

Fascinated with the workings of Canada’s justice system,

Meinert watched as the private lives of one of the Maritimes’ most influential families became public during the trial.

“The spectators were divided down the middle [of the courtroom],” she said. “Either Dennis did or did not do it. There weren’t many who weren’t sure one way or another.”

Meinert was en route to Halifax with her husband when Dennis Oland was found guilty on Dec. 19 and CBC News announced the verdict.

“I grabbed my husband’s hand and yelled ‘They did it!’” said the former teacher who regularly attended the three-month-long trial. “Then when we came back to town, the Facebook posts and comments from stories from the media that were posted online almost made me laugh.”

Speculation was rampant on Facebook and in CBC News and the Brunswick News newspapers’ online comments sections about the verdict and how it was reached.

It covered whether or not Oland was guilty or innocent, what role his father’s mistress had in the murder, the jury’s handling of the wide range of evidence and whether jurors felt pressure to return a verdict where it was reached close to the holiday season.

Concerns were also expressed on social media about the way the Saint John Police handled the investigation. Officers testified that Oland’s brown blood-stained sport jacket, which was key to the Crown’s case against him, was handled without using gloves.

The bathroom at the office had reportedly been used by police before they thought to test it, and the back door of the office building had been left open during the investigation.

A senior officer also asked a now-retired Saint John Police officer to testify that the senior officer didn’t attend the scene, when – in fact – he had.

“It was so awful to see the remarks that some people felt were okay to make when they didn’t understand the justice and jury systems, and they weren’t there to hear everything, watch the accused and the jurors themselves,” said Meinert. “Some said the stupid police should all be fired with no pension, and other things.

“I replied to some of the posts, but I soon reached the conclusion that those people who were being judge and jury themselves didn’t want to hear anything that contradicted their point of view.”

No previous generation has had such easy access to information in a way that parallels the modern age.

We can’t just be connected through various social media platforms to the world around us with the click of a button, or with the tap of a finger, but we also can be linked to criminal trials and the justice system without even being close to the courtroom. This appetite has been wetted by podcasts like Serial and TV shows like the Netflix series Making a Murderer that empower audiences to feel like jurors.

This can make it easier to grasp a rather sophisticated concept – the criminal justice system.

Karla O’Regan, a criminology professor at St. Thomas University in Fredericton, said the social media age has led to

“The use of Twitter and Facebook reports and blogging has allowed for many people to find themselves effectively in the courtroom,” she said.

For O’Regan, that generates discussions about whether the law is operating the way the public would like, as well as whether the criminal justice system is just.

Walsh took issue with some of them. Seven of them were struck from the record, while three had to be edited because they called the guilty verdict a “travesty of justice” and “an injustice.”

Michael Camp, a journalism professor at St. Thomas who teaches media ethics and the law, said undermining a person’s right to a fair trial or bringing the administration of justice into disrepute are acts of contempt of court, which is illegal.

“It’s fair to disagree with the verdict, or say you feel the evidence was insufficient or pointed another way,” said Camp. “If you say something is a travesty of justice, that’s a perfect example of bringing the justice system into disrepute.”

O’Regan said social media has allowed for more of exactly that kind of scrutiny of the justice system.

She said judges are now faced with the fact that what used to happen in closed courtrooms with less public interest has come to the forefront in the digital age.

“Social media has brought much of their work into the public domain and into people’s homes where you’re now having dinner table conversations about things like what the Supreme Court of Canada has decided,” said O’Regan.

“There are some positive things to come from having these debates around these issues so the public feels as if the justice system is theirs.”

However, O’Regan said, the broader public discussion can be seen to overshadow the academic and legal one.

“These cases turn on specific legal requirements or tests that are not aptly described in the media,” she said.

Social media and the Ghomeshi trial

The verdict is expected to be delivered in late March.

Like the Oland trial in New Brunswick, there was no shortage of commentary on social media about whether or not Ghomeshi is guilty. His defence lawyer was also criticized for her cross-examination of the Crown’s witnesses and her attempts to undermine their credibility.

For O’Regan, that’s beyond the point. She said the sensationalism of the public debate surrounding the trial and evidence obscures or conceals the legal integrity.

The criminologist said a lot of time is spent discussing what took place before or after the alleged offenses rather than analyzing the acts themselves and reasons for them.

“When I go home to the dinner table, my dad is asking, ‘what the hell is [one of the complainants] doing sending a photo of herself in a bikini anyway?’” said O’Regan. “What relevance that has to the actus reus [what he did] or mens rea [criminal intent] of an act is zero.”

O’Regan said there are questions about the credibility of the witnesses, but it’s more important to assess Ghomeshi’s credibility.

“That’s what the law requires if you’re going to raise the defense of consent,” she said. “The other argument is that it’s all people have heard about the case when I try to tell people it’s not what the law requires. It can be a detraction from the real issues, and I think Ghomeshi’s lawyer has counted on that.”

High-profile cases like the Oland and Ghomeshi trials attract the most public interest, and therefore, the broadest discussion, Camp said.

“I think people are interested in justice,” he said. “In both cases, there are strong feelings.”

Before social media, and even today, Camp said, people could have private conversations about these trials. However, there was no public forum for dialogue.

“No newspaper would run a commentary on how a trial is going with people expressing opinions on the evidence and credibility of witnesses and whether or not they think the person is guilty,” he said. “Now, with social media, people can weigh in on witnesses in the Ghomeshi trial and say things like, ‘even though the witness was trashed, Ghomeshi is guilty as hell,’ which is the problem.”

Camp said it’s not that people shouldn’t be engaged in the justice system, but those who are accused with crimes are still entitled to a fair trial.

So when it comes to acting in contempt of court, he said judges aren’t sure what to do about comments on social media. But with legacy media, they act quite quickly.

“It’s everywhere, it’s nowhere, or it’s anonymous chatting which is hard to pin on an individual,” said Camp. “It’s inviting a whole reconsideration of contempt and an idea of what’s acceptable and what isn’t.”

If credible news organizations like CBC want to allow anonymous comments on their websites, Camp said, it’s important for guidelines to be established and enforced.

“Especially if you’re dealing with a legal or justice issue,” he said. “The CBC needs to say, ‘look, we’ll have a discussion on it, but here are the ground rules,’ especially with justice.”

Camp said the media should respect an individual’s rights and show some deference to a jury and the trial process unless it has undisputable proof that an error or something underhanded has occurred.

During the Oland trial, for example, comments were not allowed on stories about the trial on the CBC or Brunswick News’ websites until the verdict was reached. Camp said that’s the right thing to do.

“But while the jury is at it, that’s when you need to be the most careful not to contaminate the atmosphere or poison public opinion and apply some kind of pressure on the jury that shouldn’t be there.”