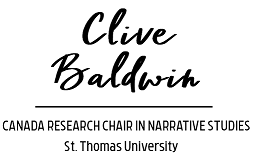 Transableism is a term that refers to the desire to acquire a disability through choice rather than happenstance.  This move may be as a re-alignment of their physical body with their perceived identity, or as a form of body modification for aesthetic or other reasons.  The former has been medicalised through the construction of Body Integrity Identity Disorder (BIID) while the latter may still remain outside of the medical sphere.

To date, there is a very limited academic literature on the phenomenon of transableism.  There is a small corpus of literature on BIID in the medical literature and  some discussion of the ethics of elective amputation, most of which view transableism as either a neurological or psychiatric condition to be treated.  Elsewhere in the academic literature there is very little from the perspective of those who define themselves as transabled. There are, however, some personal websites and blogs of transabled people (for example, http://transabled.org/; http://devguide.org/pret.shtml ) available on the Internet and there have been some reports in the media.  There seems to be even less research on amputation as a form of body modification for other reasons.

This project seeks to explore the experience of transableism from the perspective of those who define themselves as such.