What is a Forensic Pathologist? 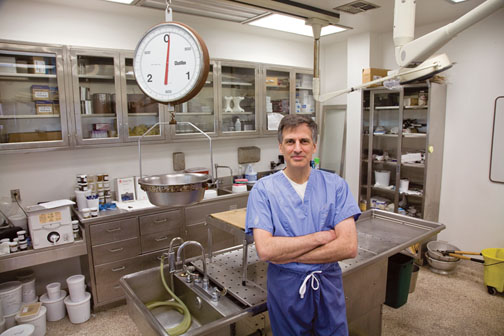 Forensic Pathology is the legal branch of pathology concerned with:

(1) Determining cause of death (including murder, accident or unexpected death) (2) Examination of some wounds and injuries due to crime or negligence (3) Examination of tissue specimens that may be relevant to rape, or other crimes.

The examination of dead bodies (autopsy) is closely related to anatomical pathology.

Not all bodies that end up on an autopsy table are necessarily of forensic interest. It is the job of the forensic pathologist to determine the cause and manner of death. If the manner of death is ‘accidental’ then the case is no longer forensic.

How do you become a forensic pathologist?

You must also have postgraduate training in Pathology, also known as internships and residency. This is at least 4 additional years which can be in anatomic or clinical pathology, taking place on this job. This will take place in hospitals that are affiliate with medical schools.

It is also required to have an additional year of training at a large medical examiner’s office where the forensic portion of the training will take place. As an option, it is helpful to have training in another, broader area of forensic science, such as forensic anthropology, odontology, toxicology etc.

This website was created as a resource and learning tool for students, professors, academia and anyone else interested in forensic sciences!

A broad range of resources ranging from library resources to education programs within Canada and the UK can be found here!

The area of specialization section gives you the opportunity to explore all the branches of forensics.